XYZ Cultural Technology created both the technical concept and the programming for the multimedia installation that brings to life the night-time sound-and-light show projected on the façade of the new Gran Museo del Mundo Maya in Merida, Mexico. “It’s an immense, dynamic visual and audio panorama that traces the history of the Maya community,” explains Jacques Larue, partner at XYZ, “entrenched in the birth of the world and bearing the seeds of the Yucatán’s modern identity.”


A dynamic visual and audio panorama
The goal of the recently opened Gran Museo del Mundo Maya, with a collection of some 750,000 objects and 2,600 square metres of permanent and temporary gallery space, is to present Mayan civilization not as archaeological vestiges but as a living culture. Given this focus, Xavier de Richemont, a video painter known for his luminous compositions on the façades of churches and museums, has evoked Maya culture in a narrative that spans the birth of Earth, the history of humanity, and the emergence of contemporary societies, in the form of a huge animated fresco with an audio track of ancient and modern sounds.

XYZ’s multimedia installation offers visitors a chance to literally immerse themselves in this symbolic narrative. Sixteen high-definition projectors animate the upper part of the museum façade with a virtual strip that unfurls 34 giant tableaus composed of drawings, photographs, and graphic compositions by de Richemont. A long-range sound system, integrated into the building’s architecture, broadcasts the show’s music throughout the site.

An architectural lighting system
In addition to this “mapping video” system, XYZ produced, in collaboration with Lightemotion, the architectural lighting of the building. To express the identity of Maya culture, the architectural firm Grupo Arquidecture chose to articulate the form of the building around that of the ceiba tree. Interlaced bars of metal evoke the trunk and foliage of the tree, which is sacred to the Maya. The designers at XYZ and Lightemotion came up with a programmable lighting system composed of 70 projectors, capable of reproducing the movement of the tree’s foliage at night.XYZ: technology dedicated to culture
Created by two multimedia technology experts, Eric Cyr and Jacques Larue, XYZ Cultural Technology has taken on the mission of offering designers of all kinds the technological means to realize their creative ambitions. “We want to help creators surpass their limits,” explains Larue, “whether it is an international artist who asks us to produce a giant dynamic fresco, a curator who wants to make her exhibition an immersive experience, or a hospital director who wants to create an event around one of his departments.”

XYZ’s expertise includes integration of multimedia systems for theatres, museums, and businesses and the creation of immersive environments.

XYZ is known for its capacity to design innovative overall solutions that respond to specific creative needs. For example, to create a total immersion in the world of the travelling exhibition

Hockey-it’s in our DNA, XYZ designed a completely automated environment that reacts to the visitor’s presence and movements. Along the same lines, to bring the new interpretive experience at the Air Defence Museum to life, XYZ designed an augmented reality system proposing to give visitors an iPad which they can use to superimpose 3D animated virtual images of National Defence planes and equipment onto the museum site.

Always seeking to further develop the creative dimension of their expertise, Cyr and Larue naturally turned towards the design of immersive environments. Thus, they are responsible for numerous productions of this type. Notably, the real estate developer Lodha Group recently commissioned Cyr and Larue to design the interactive presentation model for its residential development project in India. With XYZ, immersion involves combining visual, sound, and physical elements. For instance, in

Aquavolt, visitors go up the inside of an old water tower transformed into a 360° projection screen that plunges them into the industrial origins of the Saguenay-Lac-Saint-Jean region. Rain, wind, snow, and flocks of wild geese complete this multisensory experience!

The diversity of XYZ’s mandates and clients testifies to the firm’s expertise and the quality of its services. These competencies have enabled XYZ to gain the confidence of prestigious institutions such as the Musée Pointe-à-Callière, for which it has executed a number of mandates in recent years, including the multimedia infrastructure for the new La Maison-des-Marins pavilion, the design of the exhibition 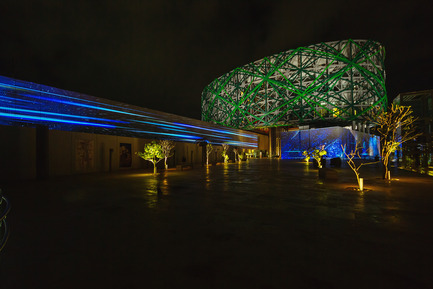 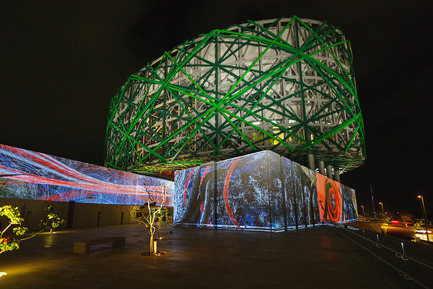 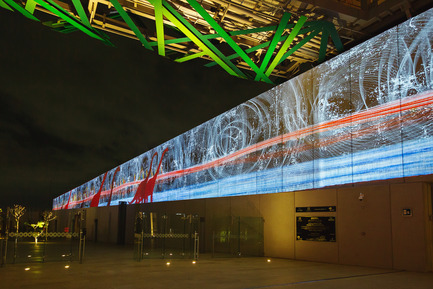 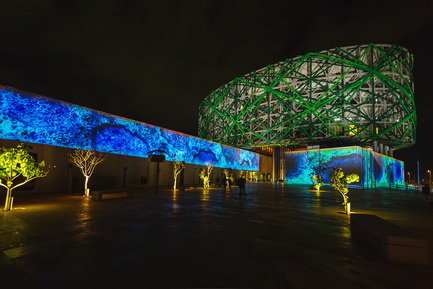 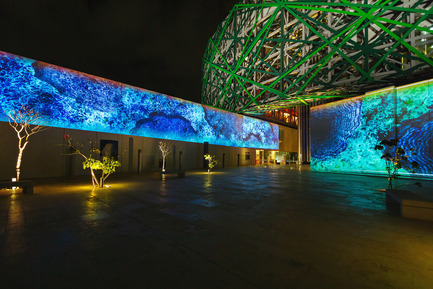 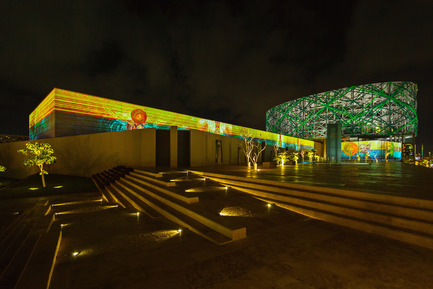 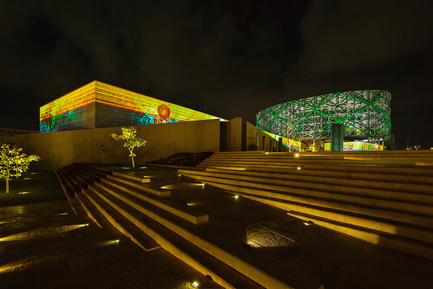 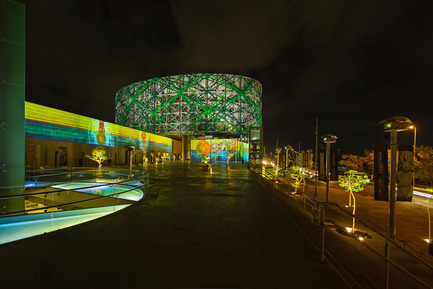 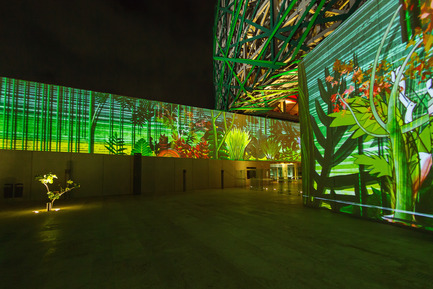 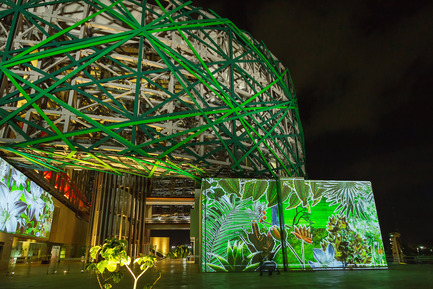 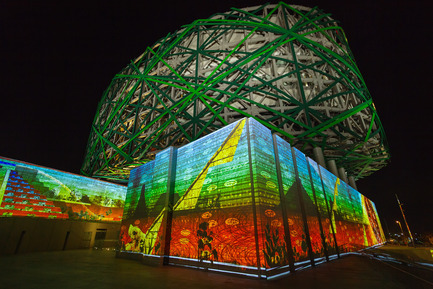 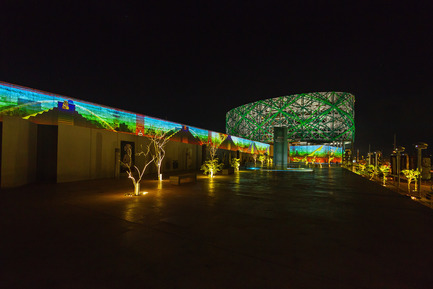 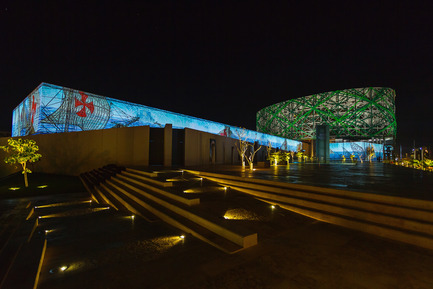 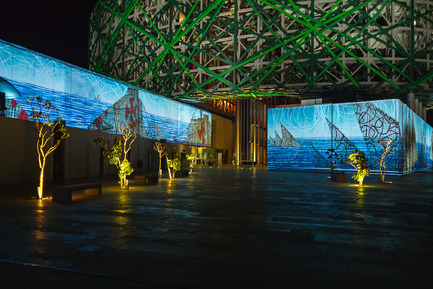 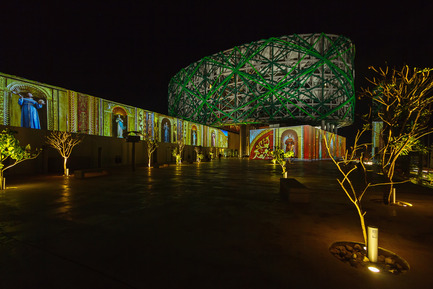 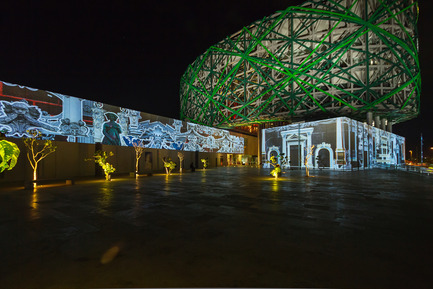 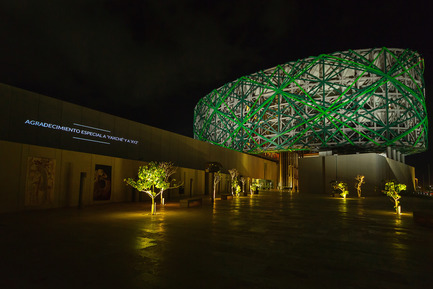