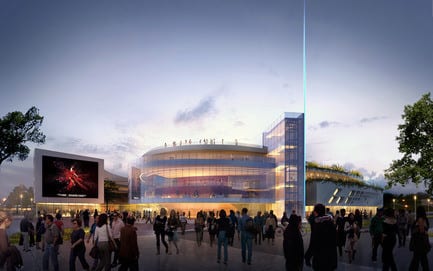 Arte Charpentier, the lead architect, will design the new Centre de Congrès et de Spectacles de Calais, in partnership with Abciss-Architectes, as part of a consortium led by the Rabot Dutilleul Group.


Arte Charpentier Architectes presented an ambitious plan for the major cultural facility, to be located on an 18,000 sqm oceanfront site. Featuring rounded contours, it is designed to make the most of the site’s exceptional views: the port to the east; the sea and spa district to the north; and to the south, the city and its historic monuments such as the Risban fort, lighthouse, watchtower and City Hall. The conference and performing arts centre is a strong iconic structure that will focus perspective, giving it more power without concealing the sea view and providing instant appeal to the waterfront.

The conference centre’s organic and dynamic architecture contrasts with the cubic, static structure of nearby buildings while staying within a specified maximum height of 15 metres. A single emerging element – made distinctive through its verticality, sleekness and height – serves as a key urban link between the terrace roof and the parvis, contributing to the building’s essential visibility from the sea, port and city.

Because the project is also to be a living space and a pole of attraction designed for year-round use, it will include, among other things, two auditoriums including a large multifunctional space, a highly modular exhibition space, two hotels, conference rooms and extensive patios. The emphasis on the parvis is significant, as evidenced by the building’s transparency, the inclusion of a giant screen, and poetic nighttime lighting. 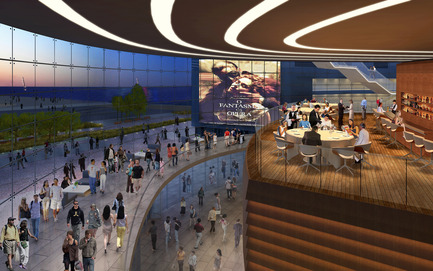 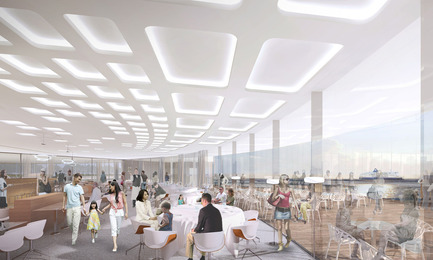 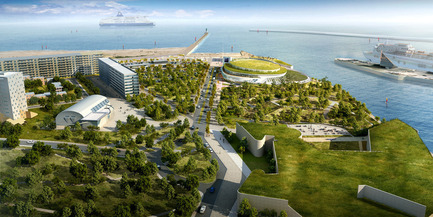 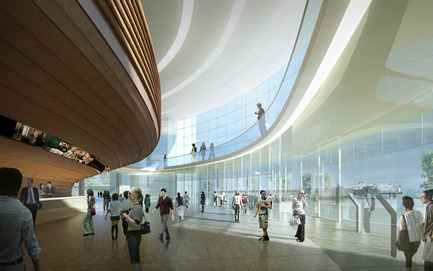 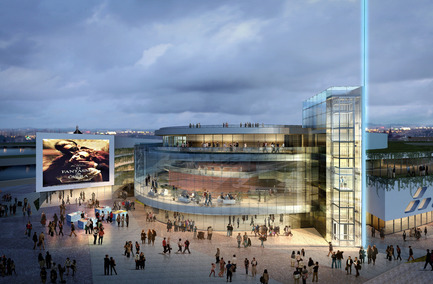 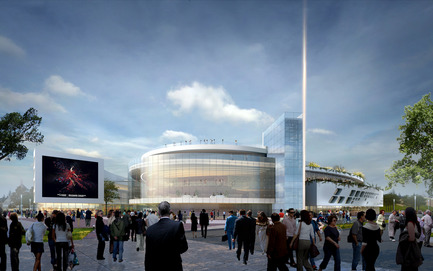 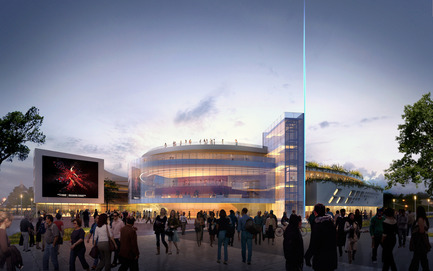 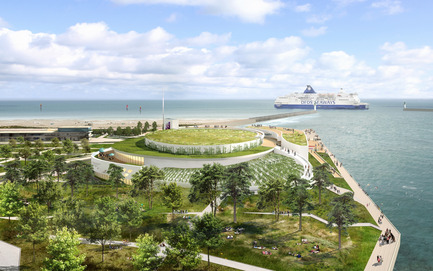