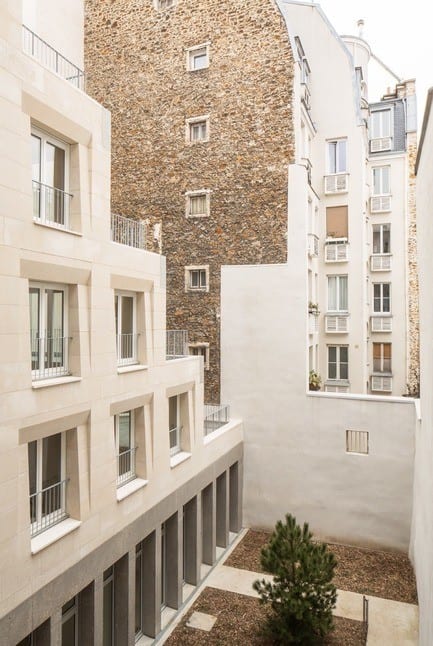 
The Parisian practice Barrault Pressacco recently completed a social housing project in massive stone. The operation articulates an environmental approach to design whilst echoing the Hausmannian building tradition that characterises the French capital. The use of this natural material equally contributes to the sense of well-being and comfort that permeate the project.

The Site
The site is located in the 11th arrondissement of Paris, where local vernacular architecture coexists alongside Hausmannian renovations from the latter half of the 19th century.

The Form
The volumetry of the building derives from urban regulations and the orientation of the site. The densest part of the building is aligned with the street whereas the second part, situated inside the block, is disposed in south-facing graded terrasses.

Stone: From Material to Resource
Stone is abundant in France and notably in the vicinity of Paris. Its use is virtuous environmentally and highly contextual, drawing on local resources and engaging the regional economy. Territory, city and architecture are thus brought together by this ancestral material.

The energy necessary to extract, cut and lay stone is limited in comparison to other materials. It undergoes little transformation and its intrinsic properties are conserved in the process. Having been a geological layer, stone becomes a resource, imbued with new purpose and meaning.

Structure/Hybridation
The construction of the building is hybrid, composed of different materials each assuming a particular mechanical or thermal role. All the facades are in massive stone supported by reinforced concrete porticos on the ground floor. This juxtaposition recalls the Parisian building tradition, wherein the materiality of the lower and higher levels was typically differentiated.

Hemp concrete, whose breathability is well suited for stone masonry, insulates the building.

Stereotomy and Modenature
The science of stereotomy (art of cutting and assembling stone elements) leverages the significant technical advances associated with the building of cathedrals. For the project architects, an awareness of the life cycle of stone—extraction, transformation, use, reuse—gives new relevance to the architectural form and to construction details.

As opposed to ornamentation by addition, the design of the window openings proceeds by subtraction, inspired by the Haussmannian pursuit of an economy of means and materials. The modernature hereby invokes history in order to innovate.

*Pictures are copyright free if used on the web.
For print use, please contact us, we will send you their HD versions 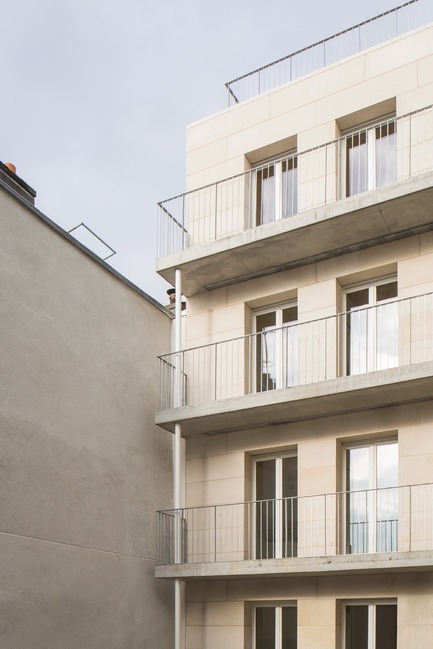 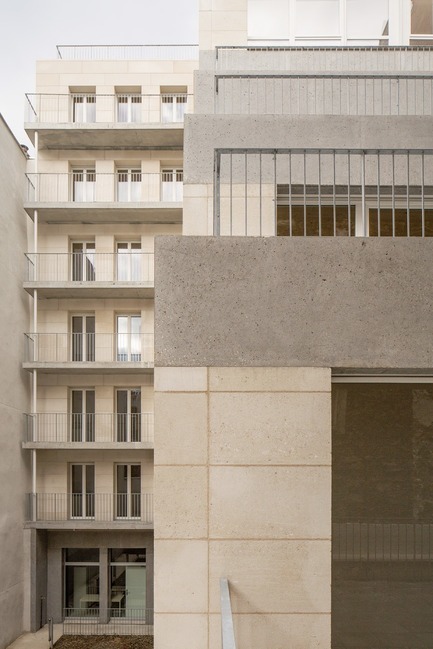 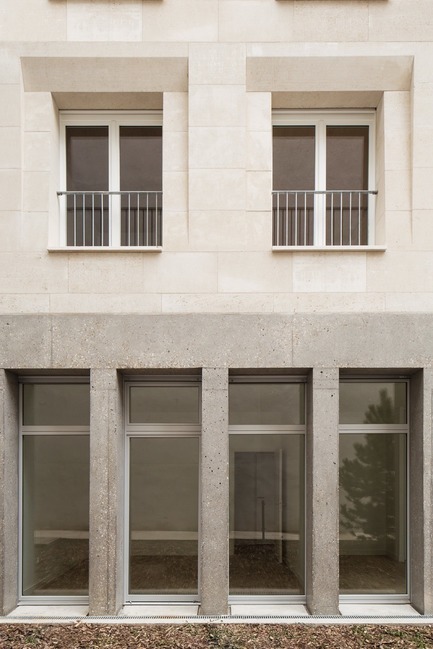 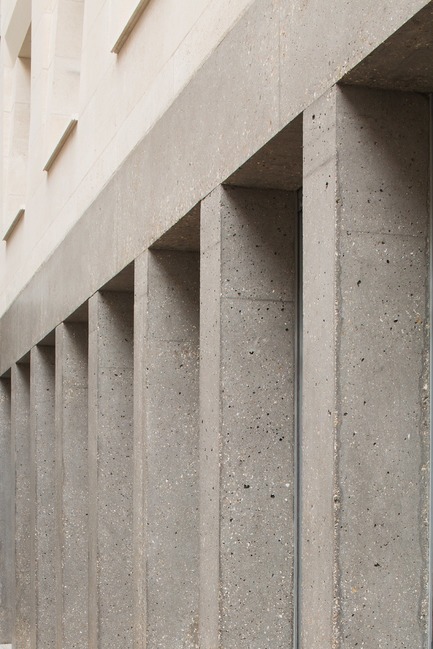 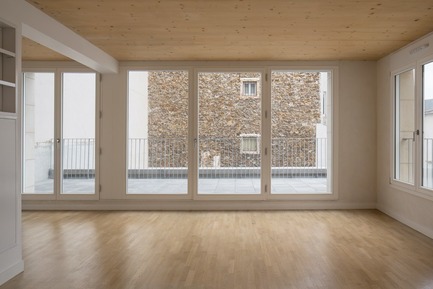 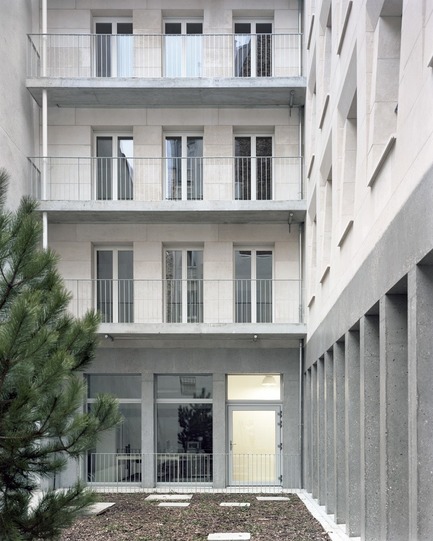 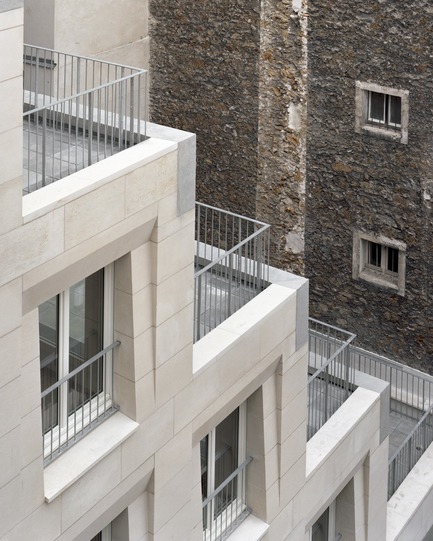 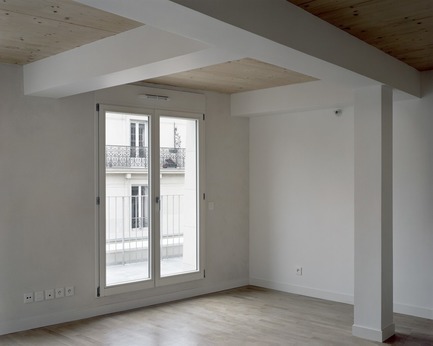 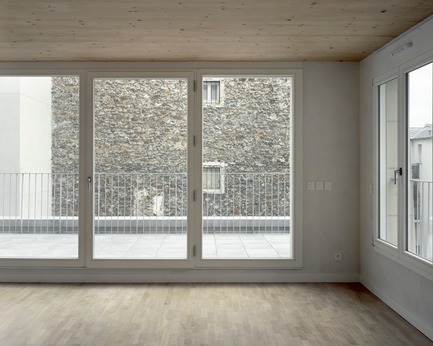 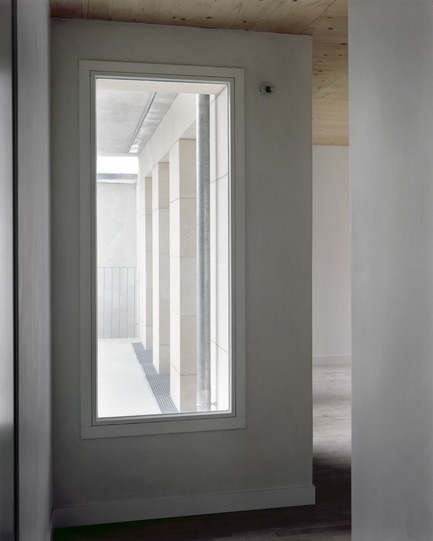 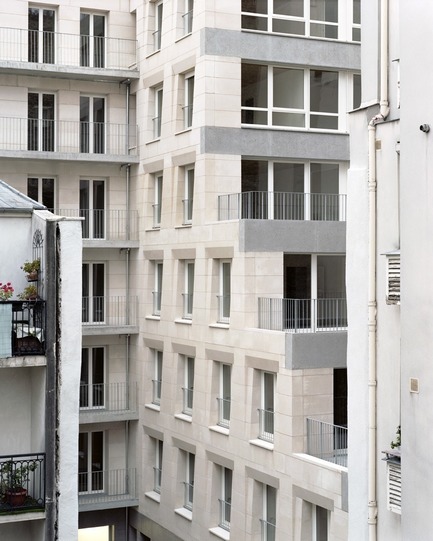 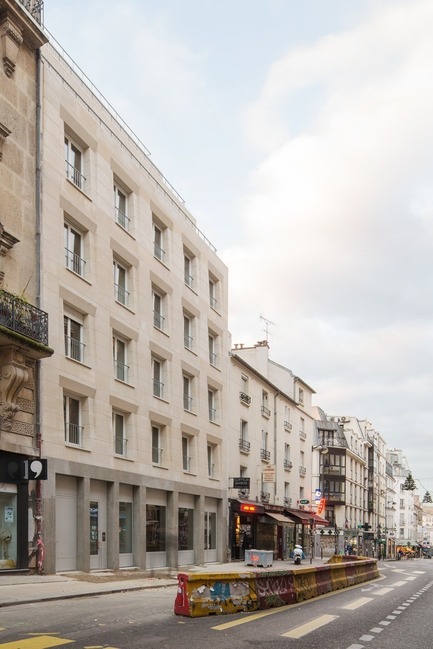 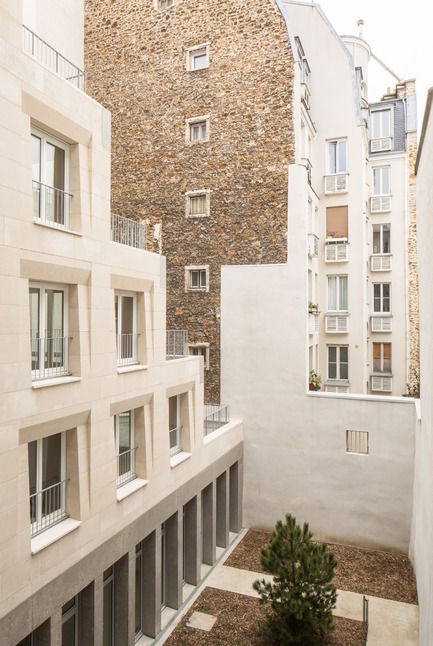 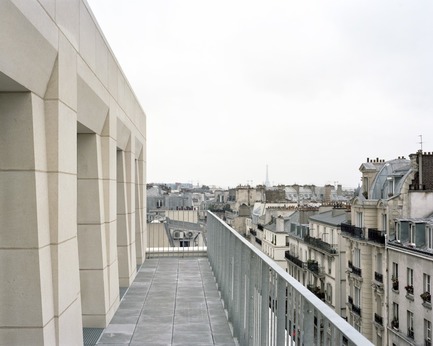 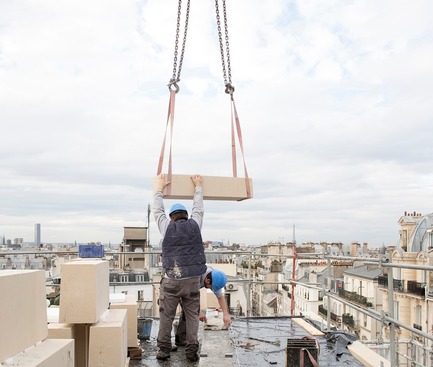 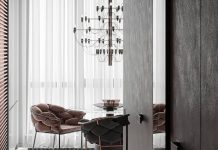 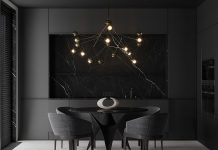 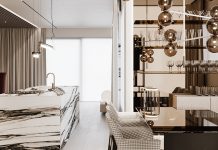