An alley composed of 2 rows of 11 macro-models, positioned face-to-face and at eye-level, presents the reflections and practical solutions of 22 innovative architects, landscape architects, and designers, targeting the development of this new area of contemporary life (private, familial, and neighbourly) where Montréalers are investing in more and more : in the rear façade and yard of their row-house, from the most private sections (kitchen, terrace, balconies, extensions) to leisure zones, those which engage with the neighbourhood (yard, garden, etc.) and even public spaces.

This group of 22 exhibitors was specifically chosen to represent the finest of a new architectural echelon in Québec – particularly active in the residential domain, where they are distinguishing themselves and earning awards. It is time to discover this visionary generation, one that merges imagination with their familiarity of the terrain. Finally, Paula Meijerink, a landscape architect of international reputation, adds her point of view by way of a surprise-intervention.

Spurred by new growth, the once-gritty urban residential cores of Montreal have been given a second life as a younger, more educated, affluent and more urban population looks to establish itself in the already builtup city. In neighbourhoods such as the Plateau, everincreasing land values and an increasing population have resulted in the expansion of houses towards the backyard and as a result, alleys traditionally reserved for services, being re-discovered and invigorated with a new public face.

Combined with a series of public programs: the «greening » of the alleys through planting ; the replacement of asphalt with grass or pedestrian friendly material; the demarcation of alley play zones ; closure of the alley for national holiday celebrations – designers have spurred a series of innovative backyard solutions that highlight this new zone of pedestrian-friendly urban living.

It is at this junction, at the opening of the back facade towards the new garden and the new public alley that the MAQ wants to initiate an experiment and exploration in innovative design.

Réinventons la ruelle ! proposes to explore this emerging phenomena with a group exhibition that would, at the same time, appeal to the curiosity of the general public while examining important emerging architectural and urban issues.

The significance of this development is reflected in the growing number of young architect and landscape architect offices that have opened in Montréal over the last 10 years and whose practice has looked at small scale residential projects. The MAQ would like to invite 20 such architects, designers and landscape architects to propose their solution to the re-development of the typical back facade, the typical back yard and its relationship to the alley, and the neighbour across

They will be asked to
explore questions such as:
How can the idea of «home» be strengthened in the new relationship with the garden ?
What is the contemporary urban relationship between interior and exterior spaces ?
How does the urban private facade meet the public alley ?
What is the public role of the interstitial spaces in the city, such as the alley ?

Taking the form of a series of physical explorative models showing back façades and lots, all aligned at eye level, the solutions will be exhibited side by side, using the same imposed scale and size of intervention, in order to recreate an invented alley. Visitors will «walk down this alley» and experience the range of possibilities proposed.

The models will be built at a large scale (1 inch = 1 foot), allowing for the designers to explore issues on a more micro scale. They will deal directly with materials, transitions, landscape, lighting, texture as well as responding to building volume and scale, environmental issues and the functionality of the backyard. The level of intricacy and detail that will be studied and expressed in the models would allow the exhibition to take on a very in-depth character, encouraging the public to really delve into the solutions.

Here typical architectural topics are given a new territory: such as the relationship between interior and exterior, between private and public, and the multiple layers or degrees that may add oneself to the other in the same limited complex site.

The exhibition brings together an important theoretical architectural debate – how does the future urban residence interact with the larger urban fabric and community ? – as well as the very simple question posed by the general public – what can my backyard look like ? Through this exhibition, the MAQ aims to encourage a dialogue between the general public and designers and amongst designers themselves.

In today’s everyday press the theme of «home renovation» is a hot topic. From do-it-yourself websites to make-over reality shows there is a strong public sense that their architectural settings can have a direct impact on their everyday lives. With Réinventons la ruelle ! the MAQ proposes to engage the theoretical and built discussions of emerging practicing architects around a topic that the general public can directly identify with and respond to.

The selection will focus on emerging offices, allowing for the expression of contemporary and future architectural trends, but will allow non-exclusive diversity in experience, age and disciplines. The selected offices will vary in approach and focus, allowing for the exhibition of a varied response to the issue. 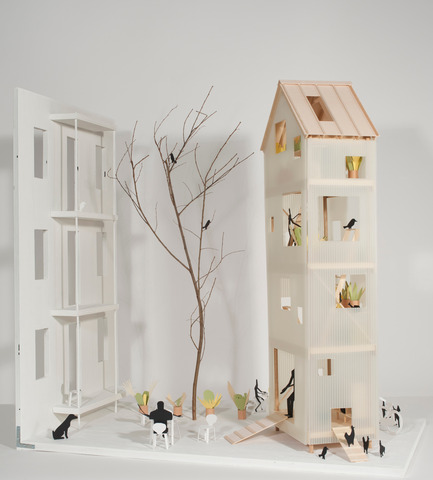 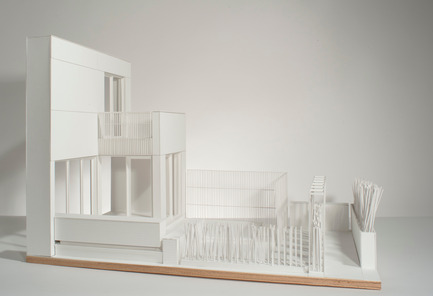 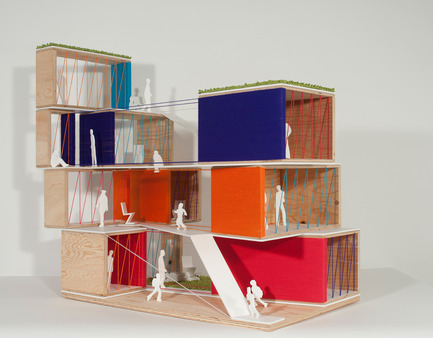 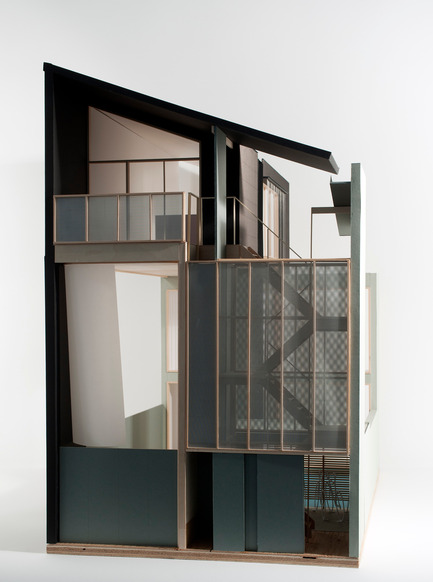 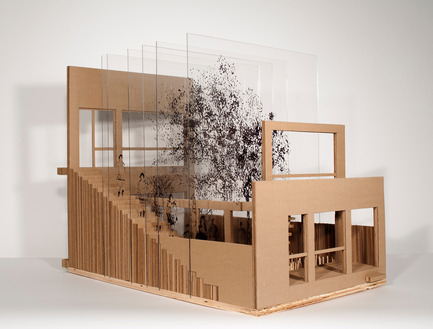 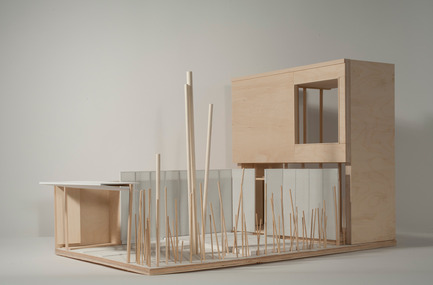 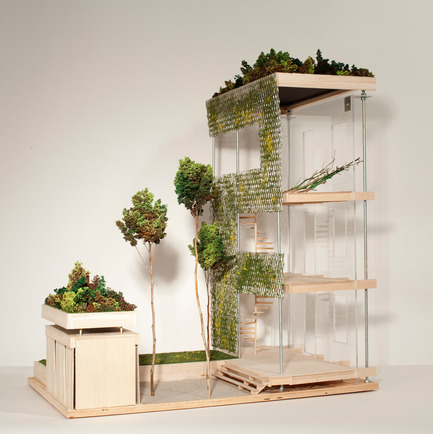