Recorded: March 31, 1976
In March 1976, The Architectural League, under then president Robert A.M. Stern, honored Ray and Charles Eames at a dinner at the National Arts Club in New York City. The dinner was held to celebrate the Eames’ design of the bicentennial exhibition, “The World of Franklin and Jefferson,” held at the Metropolitan Museum of Art from March 5 to May 2, 1976. In this recording from that evening, short introductions and toasts by Stern, Robert Blaich of Herman Miller (the sponsor of the dinner), and architect Peter Blake are followed by a presentation by Charles Eames of the the firm’s projects, including the Eames House and their work for the Metropolitan Museum. The presentation ended with the screening of a film by the Eameses, the audio of which was recorded and available here.

Kåre Poulsgaard, Head of Innovation at 3XN/GXN on AI in Architecture 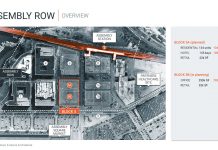 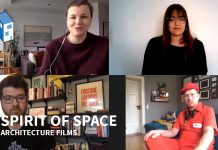 Spirit of Space: "Film is the Next Best Thing for Architecture"