For over four decades, American photographer Susan Meiselas has captured people caught in the seismic upheavals of history—whether documenting Nicaraguans fighting for their lives, or photographing carnival strippers making a living on the fringes of US society. It shows an incredible tenacity, and an unflinching refusal to look away, when confronting subjects such as mass graves in Saddam Hussein’s Iraq, or the victims of domestic violence in San Francisco. In this profile of the great photographer, the third in our recent collaboration with Magnum, we approach photography as a form of witness, albeit one that is always self aware—and powerfully revelatory.

In a special edition of Photographers in Focus, commissioned for the launch of Magnum Learn, a new online learning platform for photography and visual storytelling from the world-leading photo cooperative—courses are for beginners and practitioners alike—we get a closer look at Meiselas’ thoughts and process, courtesy of filmmaker Joppe Rog.

As Meiselas herself has said, “I don’t want to relinquish the role and the necessity of witnessing and the photographic act as a response. But I also don’t want to assume… that the act of the making of the image is enough.” Having been gifted an old army camera by her father, Meiselas’ early black-and-white work—begun while she was still in her early twenties—followed the women who travelled and performed in towns across New England, reflecting on questions of lust, empowerment, and poverty. Only later would her work, from Nicaragua to Kurdistan, become consumed by the compound tragedies of conflict and war. And it is perhaps here that she is best known.

But, even while her images capture an incredibly diverse subject matter—a stripper, absorbed in the act of removing makeup after a performance; of a rebel frozen in the moment of hurling a petrol bomb, an empty cola bottle filled with flaming petrol—the same patience and understanding makes each photo unmistakably an image of her eye alone. And yet, as Meiselas explains, it’s important to go beyond the frame—to take into account the moment captured; the relationships between the subject and the people looking; to reject the shallow romanticizing of moments that may contain entire histories of personal and historical tragedy. Rather than mere decoration, Meiselas hands us maps to immense emotional cartographies. 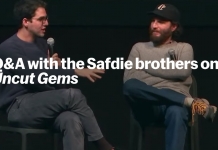 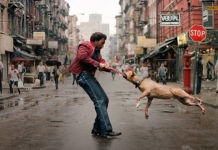