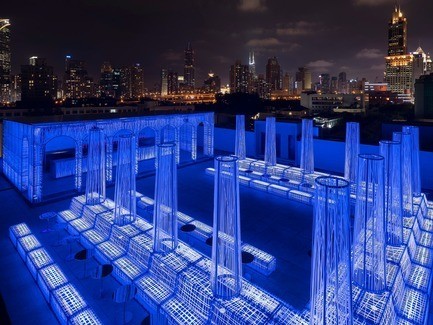 A hand-drawn architecture of light, inspired by classical constructions, Nyx offers an alternative view of the most luminous of cities.


Commanding, convivial and named after the Greek goddess of the night, Nyx is a rooftop bar in central Shanghai. Inspired by classical architectural ruins and wrapped in UV reactive cords, it affords spectacular city views. A monumental frame for the futuristic metropolis’ backdrop of glowing neon and luminous highways, Nyx offers an alternative, surreal experience in China’s foremost city of lights.

Maintaining a continuous dialogue with its contemporary context, Nyx echoes a distant past while projecting towards an abstract future, blending tropes of cultures and identities. The resulting installation sets a new phygital aesthetic, creating a surreal spacetime experience in which visitors can momentarily lose themselves.

Drawing on his personal experiences of Milan life, Alberto Caiola’s design references the contemporary duality of ancient ruins – in particular, the Column of San Lorenzo. A tourist attraction by day, for decades, it has doubled as an informal nightlife setting

for the city’s younger generations. Its openness well creates both a comfortable space for groups to gather and convene, as well as inspires intimacy. In a city as dense and as populous as Shanghai, these were precisely the qualities that made a modern interpretation of an ancient sites so fitting for a bar destination.

The structure is wrapped in more than 21,000 meters of UV reactive cord. Black lights activate a glow similar to that of Shanghai’s highways come nightfall – a steady, luminous blue. At the same time, the cords wrapped around the installation’s frame, offer an abstract take on familiar tangles of cable and wire, visible throughout the city both overhead and on buildings.

Punctuating the structure’s blue glow are periodic dashes of red. Luminous taps for the bar’s range of over 20 craft beers, they immediately draw attention to the venue’s primary product. Visually separating the bar from the open plan – and open air – space

A literally hand-woven architecture of light, and a temple to Shanghai rituals present and future, Nyx presents Shanghai night owls with an openness that at once draws groups close, and affords spaciousness in an otherwise close-knit city. Projecting a distant past, flanked by futuristic skyscrapers, Nyx presents an alternate perspective to Shanghai’s relentless modernity.

Visual storytelling is at the heart of its work; Maximising new connections and cross-pollination the studio Synthesises unique and authentic narratives and carefully translates them in captivating spaces. Unfamiliar combinations and complexity in contradictions inhabit these projects encouraging the audience to get out of their comfort zone taking over the experience and embarking in a new immersive journey.

The studio looks at things from all angles hovering on the edge of our perceptual boundaries. In disrupting our expectations of these boundaries, its work produces augmented physical experiences that are always combined with bold elements and material presence.

Alberto Caiola has been awarded Emerging Designer of the Year at the Frame Awards 2019; Among those who received the Frame Honorary Awards Philippe Starck, MINI Living, and Faye Toogood.

The Frame Awards, hosted by Frame, a leading media platform for design professionals, identify and honor the world’s best interior projects and the people behind them. In total 34 awards are divided under Spatial, Executional, and Societal Awards covering the entire spectrum of interiors. frameawards.com

Alberto Caiola has challenged the industry, through blending ideas of past and future into new scenarios.

In his research the mix of past and the now creates a quite literally immersive dialogue between eras and cultures. Among his latest projects NYX a rooftop club which brings classical ruins into the digital age, HARBOOK a bookstore developed around the concept of urban landscape and FLASK a hidden cocktail bar concealed behind a futuristic tunnel. 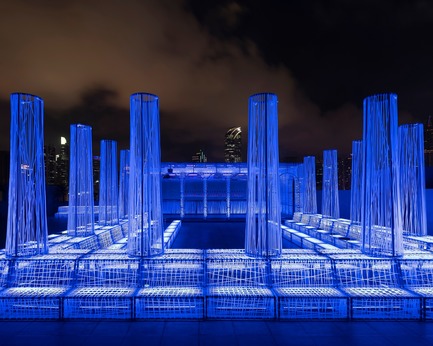 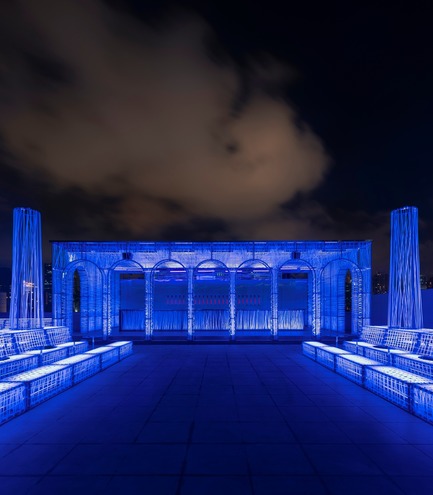 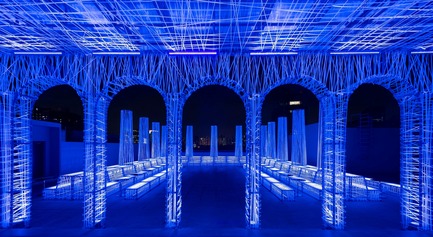 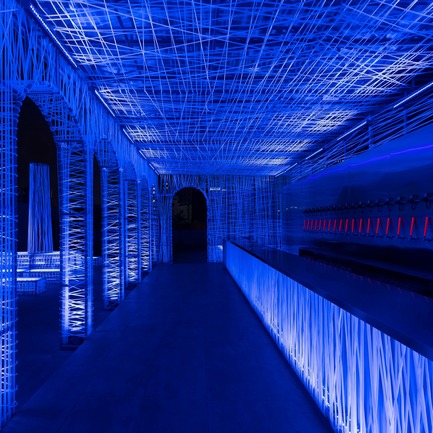 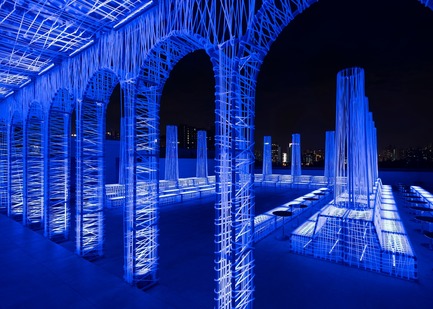 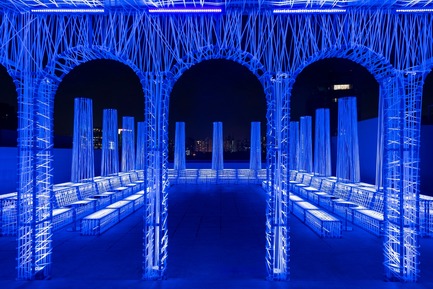 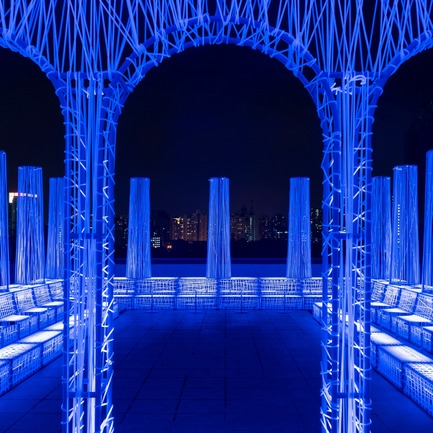 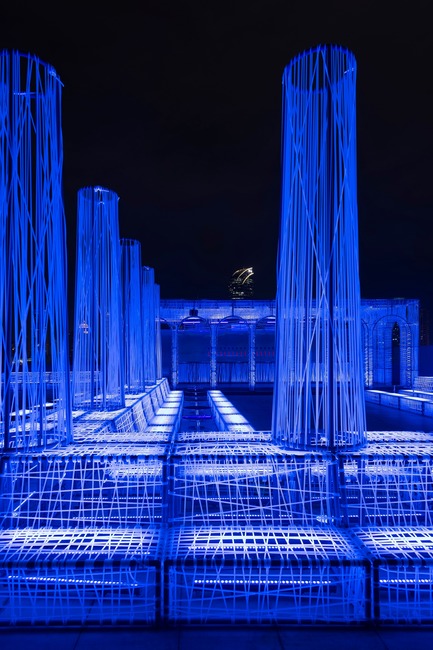 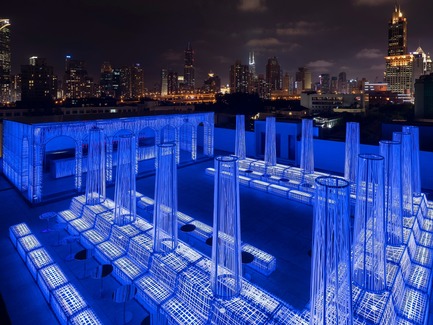 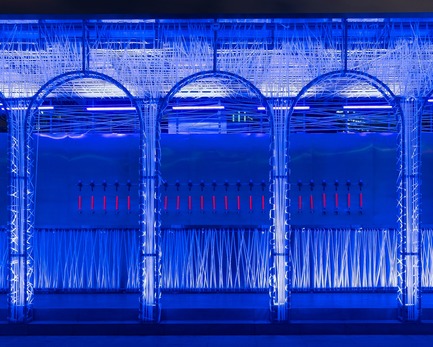 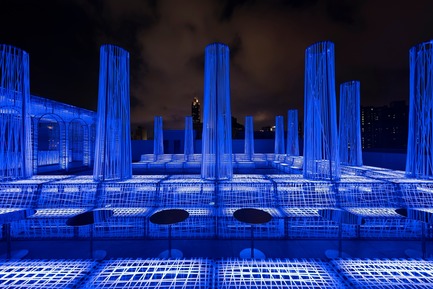 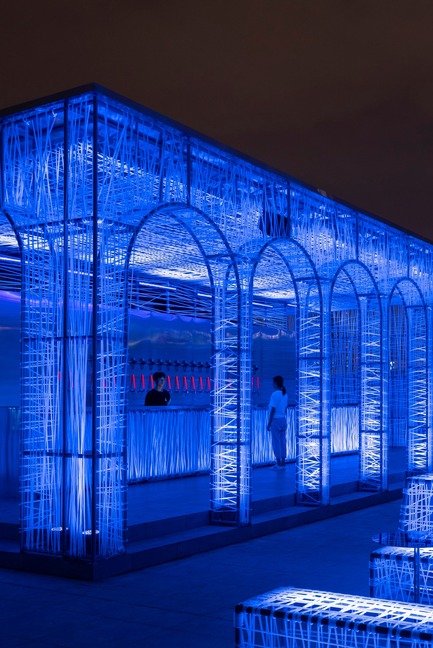 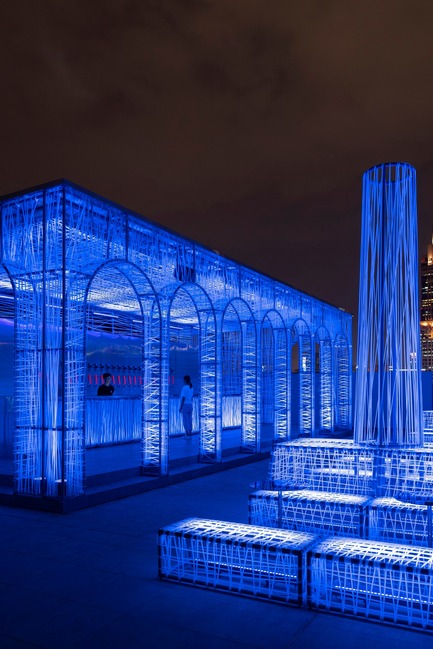 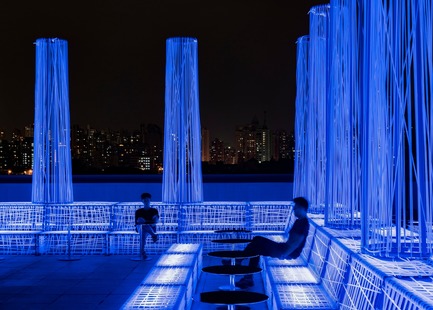 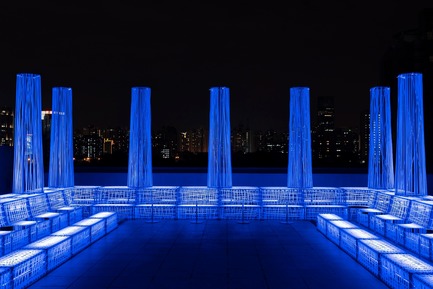