In their lecture, Anna and Andrew will present the built work of First Office, ranging from gut rehabs to gallery interventions to full-scale mockups. They will discuss the projects through the methods for constructing physical models and their documentation. The talk will pause on several details of interiors, including walls, doors, tables, and beds.

First Office was founded by Anna Neimark and Andrew Atwood in downtown Los Angeles. Their work and writing show a commitment to expanding the role of architecture in the public realm and to bringing the community into a closer relationship with art and architecture. Built projects include a collaboration on the Pinterest Office Headquarters in San Francisco, a temporary Screening Room at the MAK Center for Art and Architecture, a One-Room House in Los Angeles and a rehabilitation of a Shotgun House in Lexington, Kentucky. Collaborative texts have been published widely, including in architecture journals Log, Perspecta, Project, and Think Space Pamphlets. A selection of essays and projects have been compiled in a small book, Nine Essays by First Office, published by Graham Foundation’s Treatise: Why Write Alone. First Office has received numerous honors in competitions and has notably been awarded the Architectural League Prize in 2015.

Anna Neimark is Full-Time Faculty at the Southern California Institute of Architecture. Prior to joining the faculty at SCI-Arc, Neimark taught at the University of Southern California and worked at the Office for Metropolitan Architecture in Rotterdam and New York. Her published writings include “On White on White” in Log and “The Infrastructural Monument” in Future Anterior. She is currently working on some prehistoric stone formation, called Dolmens, to develop a formal conversation on these rude stone monuments. Neimark holds a Bachelor of Arts in Architecture from Princeton University and a Master of Architecture from Harvard’s Graduate School of Design (GSD).

Andrew Atwood is Assistant Professor at UC Berkeley. He has taught at both SCI-Arc and USC where he offered design studios and visual studies seminars. His work centers on techniques of representation as historical and conceptual instruments and how they specifically relate to the production of architecture and architectural pedagogy. His machines, drawings and other works have been exhibited widely, including shows at the Beijing Biennale, the Pacific Design Center, and the SCI-Arc Gallery. His published writings include recent articles in Log and Project journals. Atwood holds a Master of Architecture from Harvard GSD and a Bachelor of Arts in Political Science from the University of Richmond. 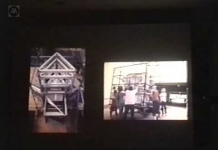 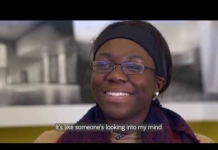 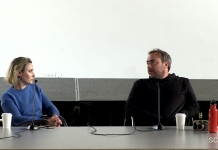 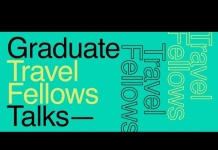