In this interview featuring extracts from Doug Aitken’s visually stunning videos, the American multimedia artist offers insight into his captivating work and how he learns from “watching things become a car crash in slow motion.”

“In some kind of freaky, activist way I wanted to do something that was artist driven.” On the subject of his project ‘Station to Station’ (2015), Aitken states that it was made out of necessity, as he felt frustrated by how different art forms were needlessly disconnected: “All these dialogues were kind of isolated and ghettoized in a way.” He wanted to create something in constant motion and in complete ignorance of the separation between the different mediums. This resulted in a 4000 miles train journey from New York to San Francisco with stops at every station along the way, each with a different happening: “The ambition was to use each of these locations like a one-day ‘kunsthalle’.” Moreover, by creating this “nomadic studio,” Aitken felt that he was giving back the power to the artists and minimizing the distance between the audience and what they encountered: “As the project gained momentum, it became owned by everyone who was part of it … it was this kind of explosion of creativity.”

Aitken is interested in breaking separation and opening up a dialogue: “The idea of dialogue is incredibly attractive. I’ve never really seen art as being only a singular thing.” As an artist, he keeps coming back for more out of a sense of “trying to discover where you’re positioned” and bringing about unforeseen revelations. He furthermore compares the creative process to a tree – always moving and developing into several directions at once, but also presenting the possibility of going very far out one particular branch. In continuation of this, Aitken feels that if you’re lucky, you reach a point where the artwork takes over, allowing you to move on: “You don’t really complete a work. The work completes itself.”

Doug Aitken (b. 1968) is an American artist and filmmaker, who explores every medium from film and installations to architectural inventions. Aitken’s work has been featured in numerous exhibitions around the world, such as at the Whitney Museum of Modern Art and MoMA in New York, Serpentine Gallery in London and Centre Georges Pompidou in Paris. He is the recipient of prestigious awards such as the International Prize at the Venice Biennale in 1999 for the installation ‘Electric Earth’ and the 2013 Smithsonian Magazine American Ingenuity Award: Visual Arts. For more about Aitken and his work see: http://www.dougaitkenworkshop.com/

Doug Aitken was interviewed by Christian Lund at Peder Lund Gallery in Oslo, Norway in January 2016 in connection to his exhibition ‘Twilight’. Extracts from a selection of Doug Aitken’s video projects are shown during the interview, including the feature film trailer ‘Station to Station’ (2015). For more about this project see: http://stationtostation.com/ 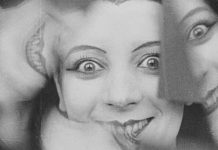 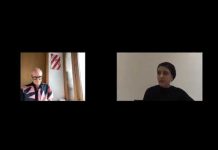 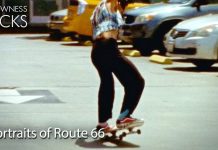 What do skaters think of LA's obsessive car culture?

Ragnar Kjartansson on Stage with his Mother