Carlo Scarpa worked on the remodelling of the Castelvecchio Museum, Verona in two main phases between 1957 and 1964 with additional phases completed in 1967 and 1975. When he died in 1978 very little of his work had been published. The Architectural Review in December 1973 reviewed an exhibition at the Heinz Gallery in London; the Italian architectural magazines Controspazio and Rassegna had both published special editions on Scarpa’s work in 1981; but Magagnato’s catalogue to the exhibition of a selection of the Castelvecchio drawings in 1982 represented the first monograph. This was the first of what has since become a proliferation of publications, seemingly without end.

Why the astonishing interest in Scarpa’s work; and why was there such a delay in its widespread appreciation? Within his own lifetime, and for some time afterwards, Scarpa’s work was still judged as anachronistic, small-scale and craft-intensive. Perhaps it is because, as Bruno Zevi has rightly pointed out, he left us no memorably inventive plans. More likely, however, is the relative inaccessibility of his work through the medium of photographs and the written word. All great buildings once visited usually exceed the expectations of the informed visitor, but rarely to the degree experienced with those of Scarpa. In his case photographs are a wholly inadequate preparation. Only directly can the rich sensory experience of his architecture be revealed: the unfolding of spaces and vista, the sounds of water, the movement of light on texture, the delight in the discovery of details, the touch of materials.

Richard Murphy founded the Practice of Richard Murphy Architects in 1991 which has since won 22 RIBA Awards, more than any other Scottish Practice.

In 2015 Richard moved into a new house which he designed for himself in the Edinburgh New Town World Heritage Site. It was given an RIBA National Award and won the RIBA/Channel 4 House of the Year Award 2016. 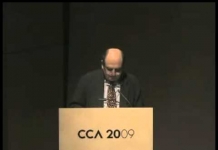 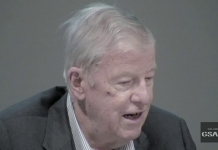 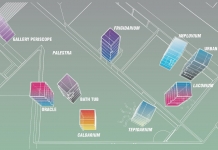