From the very beginning, sex, architecture and design were inextricably intertwined in the pages of Playboy magazine. With its massive global circulation and sexualisation of architecture, Playboy arguably had more influence on the dissemination of modern design than professional and interiors magazines, or even institutions such as the Museum of Modern Art. Since Playboy’s playboy was an indoors man, the magazine was relentlessly obsessed with the interior – and this interior turns out to be infinite, and perfect – total work of art.

Beatriz Colomina is Professor of Architecture and Founding Director of the Program in Media and Modernity at Princeton University. She is the author of Clip/Stamp/Fold: The Radical Architecture of Little Magazines 196X-197X (2010), Domesticity at War (2007), Privacyand Publicity: Modern Architecture as Mass Media (1994) and Sexuality and Space (1992). She is the co-curator of exhibitions including Playboy Architecture, 1953–79 (NAi Maastricht, 2012) and Radical Pedagogies: Architectural Education in a Time of Disciplinary Instability (Lisbon Triennale, 2013). 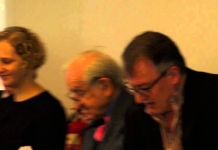 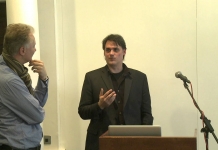 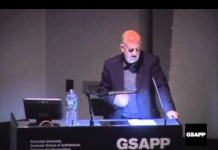