“The sky is such a charged landscape, and one with so much history and so many cultural associations.” Meet an American artist who has been described as one of the art world’s more intrepid figures – Trevor Paglen. In this video, he talks about his intriguing project, which tries to track and photograph all the unseen, secret objects that are in orbit around the Earth, “moving through the night sky.”

“I’m very cranky about space.” Paglen considers the sky to be not only a place of freedom but also a place of electromagnetic infrastructure with drones and satellites. Spaceflight, he feels, was developed “to deliver nuclear missiles to the other side of the planet,” and would not have been invented without the advancement of nuclear weapons and the Cold War. In his project ‘The Other Night Sky’, Paglen watches the night sky, trying to uncover if there are unregistered objects present, such as old satellites, discarded spacecrafts, and other space debris. He then “models these orbits, tracks these spacecrafts and goes out with cameras that are attached to computer-guided telescope mounts.” When everything is done correctly and very precisely, he is left with a photograph of the sky with small streaks that represent the trail of one of these secret objects.

Since the beginning of mankind, Paglen argues, we have been looking at the night sky, trying to figure out who we are, where we came from and where we are going: “Satellites are in a way moons, and before the word ‘satellite’ became popular, they were described as ‘artificial moons’.” The challenge, as he sees it, is to figure out “how you look at it in a way that speaks to your moment in time?” In continuation of this, the project is also about looking at our “planetary footprints,” which “gives us the opportunity to reflect on the ways in which we are changing the earth and what the effects of that might be.”

Trevor Paglen (b. 1974) is an American artist, whose work spans image-making, sculpture, investigative journalism, writing, engineering, and numerous other disciplines. Paglen has had solo exhibitions at e.g. Vienna Secession in Vienna, Frankfurter Kunstverein in Frankfurt am Main and Van Abbe Museum in Eindhoven. He has also participated in group exhibitions at the Metropolitan Museum of Art in New York, the San Francisco Museum of Modern Art in San Francisco, and Tate Modern in London. In collaboration with Creative Time and MIT, Paglen has launched an artwork into distant orbit around Earth. Furthermore, he has created a radioactive public sculpture for the exclusion zone in Fukushima, Japan. In 2014, Paglen received the Electronic Frontier Foundation’s Pioneer Award for his work as a “ground-breaking investigative artist.” For more see: http://www.paglen.com/

Trevor Paglen was interviewed at his studio in Kreuzberg, Berlin by Roxanne Bagheshirin Lærkesen in August 2018. 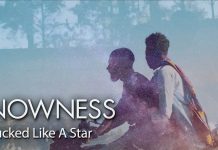 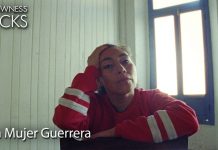 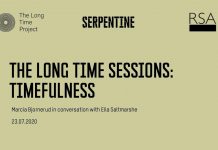 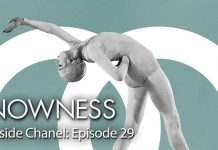 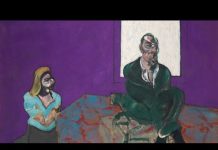 Ibrahim Al-Koni Interview: In the Desert We Visit Death

Peter Jensen Interview: The Other Side of Andy Warhol