“He’s not trying to finesse reality. I think he’s trying to beat reality out of the thing that he’s looking at.” The acclaimed American artist Sam McKinniss here shares his thoughts on fellow American painter Marsden Hartley (1877-1943), whose paintings he believes were fueled by his struggles.

“I think painting for him was a struggle. I think he was always struggling with those basic problems of being alive,” McKinniss says of Hartley. He believes that Hartley’s problems were built into his psychology, but that that isn’t necessarily a bad thing for an artist: “You want there to be conflict, because conflict creates friction, friction creates heat, and when there’s heat there’s potential for combustion, explosion, new knowledge – fuel.” In spite of his dissatisfaction with his work, McKinniss finds that Hartley was completely convinced of his own genius: “And that’s enough to keep a person going.” McKinniss also talks about Hartley’s homoerotic work, where the recurrent totem-like male figure is “like a tree trunk of a human being.” However, the tenderness is missing: “It’s barely homosexual in that way.” In this way, McKinniss feels, Hartley only gets to possess some elemental symbol or idea of his desire: “Well, Marsden Hartley was gay, being gay is longing – that’s what it was in the 20th century.”

Sam McKinniss (b. 1985) is an American painter, who works from photographs and images found online. He is perhaps most well-known for his images from popular culture, floral still lifes as well as reclining male nudes. One of his great inspirations is the French figurative painter Henri Fantin-Latour (1836-1904) and his floral still-life paintings. McKinniss has exhibited at prominent galleries worldwide. He lives and works in Brooklyn, New York. For more see: http://www.sammckinniss.com/info/

Marsden Hartley (1877-1943) was an American painter, poet and essayist, who has been hailed as “America’s first great modern painter of the 20th century.” The work of Hartley, who lived most of his life nomadically between Europe and the USA, can be regarded as a bridge between European and American modernism. His first critical success came with an exhibition at the photographer and gallerist Alfred Stieglitz’ 291 Gallery in New York in 1909. Financed by Stieglitz, he went to Europe in 1912, spending much of his time in Germany, where he met Franz Mark, Wassily Kandinsky and other members of the innovative group of painters Der Blaue Reiter group with whom he exhibited at the famous Erster Deutscher Herbstsalon in Berlin in 1913. Despite his central position on the art scene of the time, Hartley has largely remained a neglected name in the USA and an unknown figure in Europe, perhaps because of the many-faceted character of his oeuvre, which has made it difficult to place him in the history of art.

Sam McKinniss was interviewed by Marc-Christoph Wagner and Mathias Ussing Seeberg at his studio in Brooklyn, New York in spring 2019 in connection with the retrospective exhibition ‘Marsden Hartley – The Earth is All I Know of Wonder’ at the Louisiana Museum of Modern Art in Humlebæk, Denmark. The retrospective is the first major exhibition of his work in Europe since 1960. 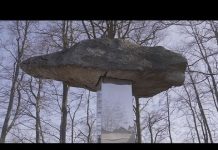 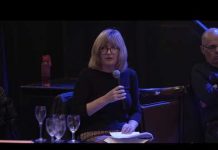 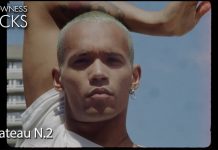