Earle Brown was a major force in contemporary music and the American avant-garde since the 1950s and the creator of open form, a style of musical construction greatly indebted to the works of Alexander Calder.

In 1963 Brown and Calder embarked on a musical collaboration, for which Calder made Chef d’orchestre, where four percussionists are ‘conducted’ by the mobile. Some 100 percussion instruments are employed in a performance where the movement of the sculpture is read by the percussionists, responding to the varying configuration of its elements. As well as functioning as conductor, the musicians actually play the mobile, making each performance both visually and musically unique. It was not until 1966 that the work was finished and Calder Piece was first performed at the Théâtre de l’Atelier in Paris, early in 1967.

Calder Piece is one of kind and Earle Brown insisted that the music must never be independent of Chef d’orchestre. This major revival of a work not played for over 30 years is its UK premiere, performed by the percussion ensemble of the Guildhall School of Music and Drama in collaboration with Gramophone Award-winning conductor Richard Bernas. 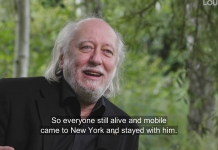 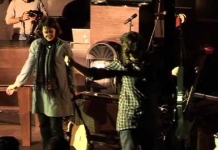 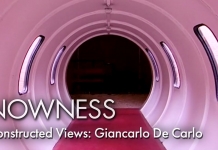 Karl Ove Knausgård Interview: The Other Side of Edvard Munch 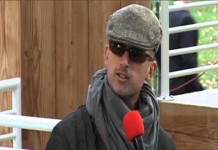