Neil Denari surveys historical examples of buildings that might or might not constitute a thesis, starting with Corbusier’s Villa Savoye and the Florey Building, Oxford (1971) by James Stirling. to Toyo Ito‘s Taichung Metropolitan Opera House (under construction). He feels Robert Venturi‘s house for his mother (1964) definitely argues a thesis, as do Peter Eisenman projects from House III (1961-71) to the City of Culture of Galica (2013), and projects by Superstudio, Buckminster Fuller and Coop Himmelb(l)au. Denari discusses his own Interrupted Projections (1996) as a project that presented ideas worked out in detail in his subsequent career. He discusses the difference between designs that exist in movies and reality, and the distinction between just going with your interests and attempting to make a contribution. 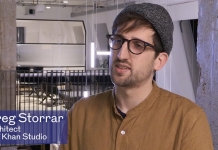 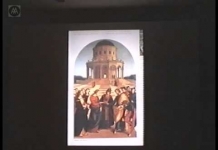 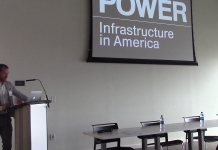 Democracy in Retreat? Master Planning in a Warming World (Panel 1) 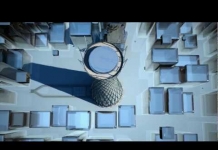 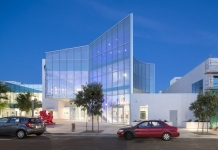