Located in Paris, on the banks of the River Seine, the studio of emerging French designer Victoria Wilmotte takes centre stage in this new film from director Lola Halifa-Legrand. Wilmotte, a Paris native, started her colorful investigation into unusual forms, materials and surfaces while studying at the Royal College of Art (RCA) in London. Her visually playful products—which include a hotel reception bell named ‘Edgar’ and a stainless steel table that shimmers like a gemstone—are all about pushing what designers can do with shapes. As a filmmaker who also studied at the RCA, Halifa-Legrand is uniquely placed to appreciate the sculptural qualities of Wilmotte’s work, explaining: “This film is a chance to get a grasp on Wilmotte’s practice, and to enter the unusual everyday landscape she works in—where super functional objects are in dialogue with often cartoonish details.” 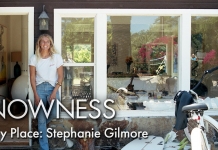 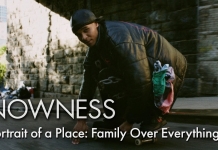 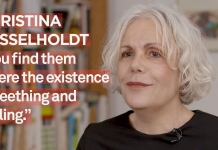 World Service: Lines in the Sand

20/10/2018
We use cookies to ensure that we give you the best experience on our website. If you continue to use this site we will assume that you are happy with it.OkRead more