Sylvia Lavin frames this event as the second in a series exploring different forms of present-day architectural success, introducing Elizabeth Diller by stressing the radical expansion of Diller’s work from site-specific, temporary installations to partnering in a studio that functions as a platform for global cultural production.

Diller contextualizes Diller Scofidio + Renfro‘s in-construction Broad Museum by discussing museum projects that preceded it, including their 2003 Whitney Museum retrospective, the 2006 Institute of Contemporary Art in Boston, The Museum of Image & Sound, in Rio de Janeiro, The Bubble (summer 2013) for the Hirshhorn Museum in Washington, D.C. Diller characterizes the Broad Museum as “the veil and the vault,” i.e. a structure which is mostly a massive non-public storage space, around which a cellular exoskeleton creates light-filled exhibition spaces. She concludes with a discussion of CultureShed, a self-sustaining multi-purpose exhibition and performance space in Hudson Yards, in which DS+R have been engaged not only in designing the building, but establishing the program and institutional organization.

Lavin and Diller discuss the differences and continuities between the early and the recent work, and discuss Diller’s beginnings in architecture at Cooper Union. Diller concludes by responding to questions and comments from the audience on her process, architectural affiliations, and time as an element of the design. She also responds to comments on the difference between the early works which critically engage with the tools of representation with the more recent work, and also the austere coolness of the old work with the more engaging warmth of the new. 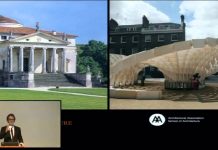 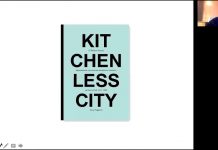 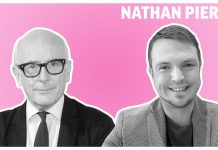 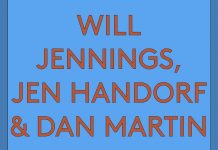 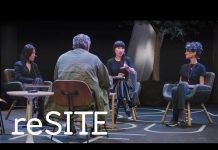 22/09/2019
We use cookies to ensure that we give you the best experience on our website. If you continue to use this site we will assume that you are happy with it.OkRead more