The road to being an artist was “like blind leading the blind” says Ed Ruscha, who grew to be one of the most recognised American artists of the 20th century. Hear the story of West Coast Jazz, his break with abstract art and L.A. in the 1960s.

When Ed Ruscha entered the Los Angeles art scene in the 1960s the city was buzzing with progressive jazz and the prevailing method of making art was abstract expressionism. But the intuitive style did not fit Ruscha’s temperament: “I had to preconceive ideas that I would put into a picture.” The big creative breakthrough came when the artist stepped away from abstraction and began working with recognisable objects, particularly words. “Words were not tied to any particular size,” Ruscha explains. “If you see a picture of an apple you know its size, but a word has no size.”

The use of everyday objects and words was general for the generation of Pop Artists with which Ruscha has often been grouped. The young artists of the era found abstract expressionism and minimalism exhausted. “These genres had been so well stated that it would be difficult to state anything more. It was a natural evolution to move in different directions,” says Ruscha. “I’m one of those artists who saw that common objects had more appeal to me than throwing paint at a canvas.”

Ed Ruscha (b. 1937) is an American painter, photographer and filmmaker. Considered a central figure in post-war American art, his work has been the subject of retrospective New York, Washington, D.C., London, Paris, and Munich and was elected to the American Academy of Arts and Letters in 2001.

Ed Ruscha was interviewed by Marc-Christoph Wagner at his studio in Los Angeles, USA in January 2016. 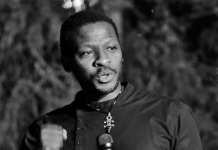 TSHEPO MADLINGOZI /// There Is Neither Truth Nor Reconciliation in South Africa 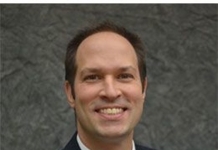 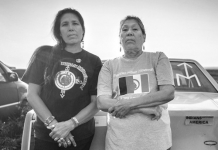 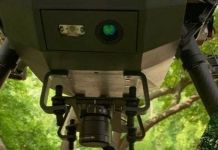 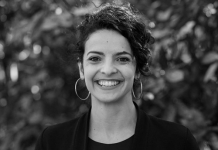