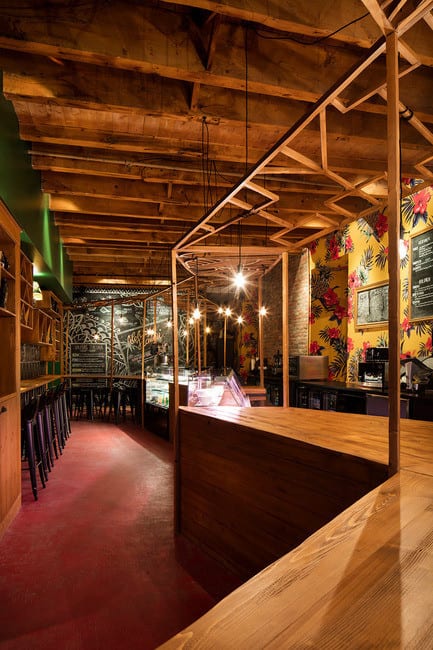 A new hot spot in the Old Montreal, Aloha Espresso Bar brings together Hawaiian specialties in a decor where candor and roughness are “fixed up” happily.


Behind the grey cut stone of an old warehouse store (1869), in the Old Montreal, the most recent Aloha Espresso Bar café explores through shapes the history of Hawaii and the spirit of aloha[1] that intangibly permeates the inhabitants of this rugged terrain archipelago. Created by the interior design firm Jean de Lessard – Designers Créatifs, the café has already been labeled a “tropical paradise” by some Web users.

The accuracy of hue that dares the bold color and the hodgepodge look has the social networks creating a buzz and drawing in Montrealers and tourists. The graphic, even iconographic, approach subtly enhances products that while they have little in common, both are great for connoisseurs of superior quality coffee, the Kona coffee, and Shave ice for the amateurs of refreshing summer delicacies. New in Montreal, this Hawaiian specialty of Japanese origin is consisting of flaky ice “shavings” served with a variety of flavors and is to be eaten with a spoon.

“It seems to us that people are looking for all things natural. We gave it shape by devising for the owners, two Hawaii aficionados, a collective place that would illustrate the respectful spirit of aloha, by means of a wooden home-built construction,” explains principal designer Jean de Lessard, about bringing their design of space to a human scale, full of meanings and authenticity.

As discreet as it may be, the design stems from an in-depth study of the topography, geology and anthropology of the archipelago. Formed by five main volcanoes, three of which are still active, Hawaii is in

constant evolution and inexorably drifting towards Japan, in the northwest axis.

The ceiling and wood beams, the brick and used painted concrete floor inside were left as they were. The relationship between the mineral element (brick/concrete) and the plant element (spruce counter and shelves) suggests a fragmentation, sometimes due to tectonic movement, sometimes due to the progression of the lava through the landscape.

The saturated colors including a dashing cactus green give room to nature. The custom-made wall-covering is a reminder of the vintage bright yellow shirt which were often embellished with hibiscus, the national flower of Hawaii. Besides, the pretty custom-made lamps and its lampshades have that flea-market air about them.

Standing as the main centrepiece, the counter has a meandering shape that is a unique interpretation of the “aloha” sign that the hand makes. Its intentionally rough appearance brings humorously to mind the clumsiness of the apprentice handyman. “Jean wanted to ensure that the life-experiences of people were felt in the space. We gave him carte blanche and we do not regret it,” comments Andreï Vulpé, one of the owners. Overlooking the counter, the pergola provides an astounding contextual reading: the carefully carved elements that are part of the structure are a simple representation of the archipelago flora and the petroglyphs etched in stone and lava. A gustative, decorative and equally instructive itinerary not to be missed!
—
[1] Aloha: a symbol and a lifestyle for Hawaiian people, the term “aloha” is an expression of affection, a friendly and benevolent attitude and consideration for others with respect and love. This notion speaks to the “collective” thinking in the design practice of Jean de Lessard – Designers Créatifs.

Under the direction of principal designer Jean de Lessard, who’s combining more than 25 years of design practice in various sectors, the firm Jean de Lessard – Designers Créatifs is designing a diversity of vocational spaces, including restaurants, hotels, offices and boutiques. The firm’s approach is intuitive and relies on singular deconstruction principles that are breaking usual codes and freeing spaces and their occupants from trivial concepts.

The firm is a laureate of Las Vegas and Chicago A.R.E Gold Award, of the Interior Design’s Best of Year Awards in New York and a finalist of the Restaurant & Bar Design Award in London. The firm’s projects have also won many times at the Grands Prix du Design in Montreal. Their work is widely published internationally. 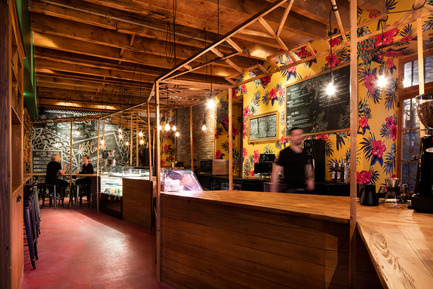 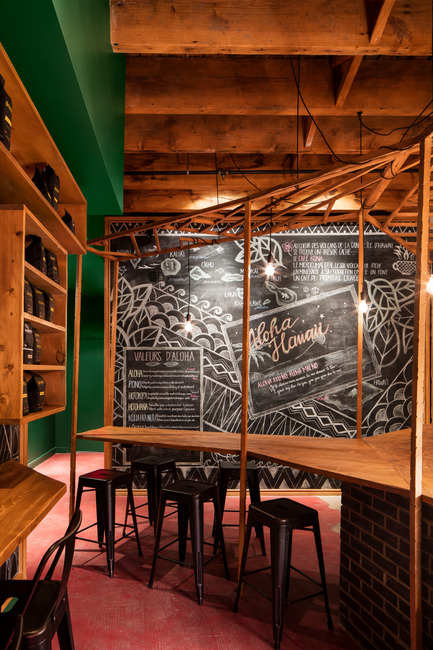 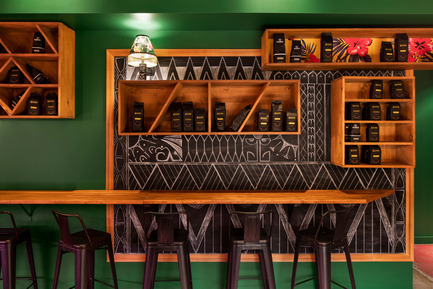 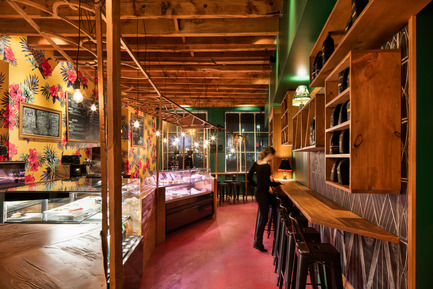 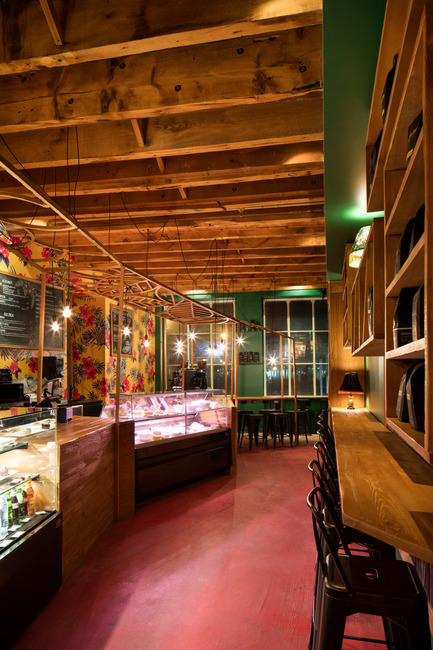 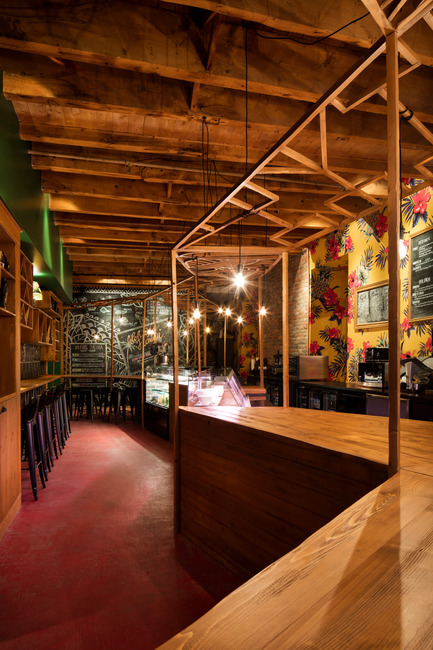 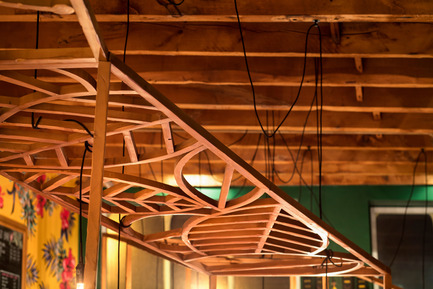 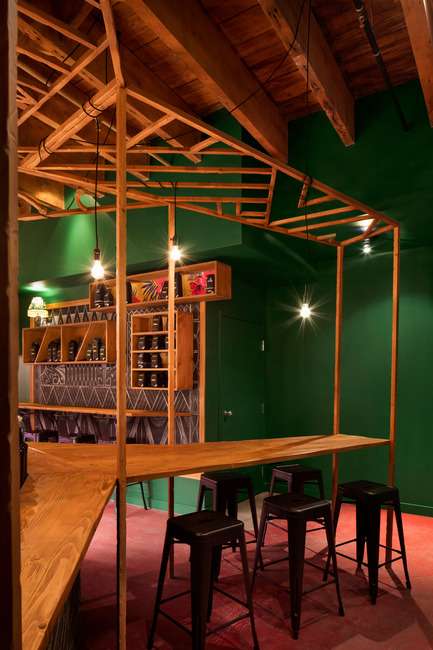 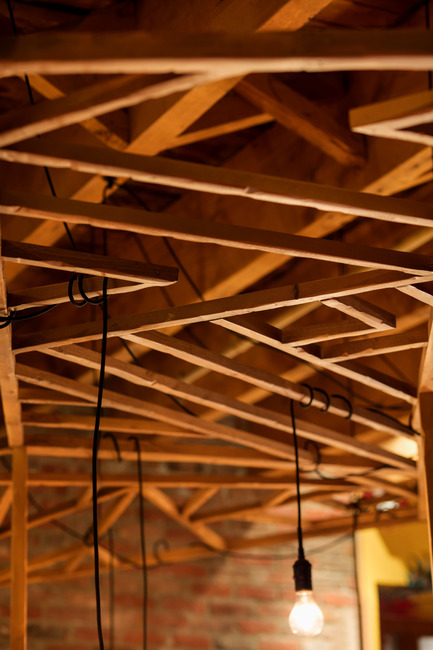 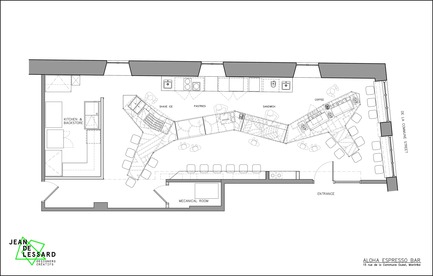 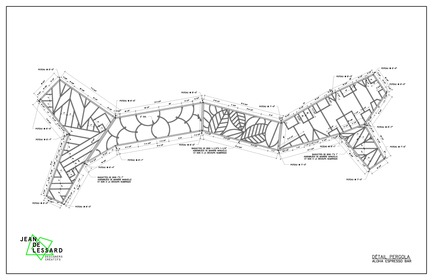