The life and work of Yoshiko Sato, internationally recognized architect and Adjunct Associate Professor at the Graduate School of Architecture, Planning and Preservation, will be celebrated in an afternoon of memorial tributes from colleagues, faculty, students, and friends on Sunday April 29, 2012 at 3pm in Wood Auditorium. The exhibition of her work “YOSHIKO SATO, 1960–2012” will be on view from April 23 to May 4, 2012.

A native of Tokyo, Yoshiko Sato lived and worked in New York City from 1984 until her recent death from cancer on February 5, 2012, at the age of 51. She studied architecture at The Cooper Union and the Harvard Graduate School of Design, graduating from both with high honors. She was the recipient of numerous awards and honors, including a Mellon Grant, the Paris Prize, New York Foundation for the Arts Fellowship(s), and the Young Architects Award.

In 1996, Yoshiko Sato established the Morris Sato Studio with her husband, Michael Morris. She completed projects across a broad range of scales in cross-disciplinary pursuits and collaborations that straddled architecture, art, and design and brought international recognition as one of the rising talents of her generation. In 1998, she received an award for the Best Exhibition in North America from the International Association of Art Critics for the retrospective exhibition “Shiro Kuramata 1934–1991.” In 2002, the Morris Sato Studio received the Home of the Year Award from Architecture Magazine for the Winter House and Studio in Falls Village, Connecticut. In 2003, Sato was selected as a semi-finalist for the Hoboken September 11 Memorial, and in 2008, she won the top award for her installation project “LightShowers” at the International Contemporary Furniture Fair in New York City.

Widely known for their museum exhibition designs and residential projects, Sato and Morris’ work reached its most personal and comprehensive exploration in a pair of recently completed houses on Shelter Island, New York.

Morris Sato Studio’s design portfolio extended to the permanent display of the exhibition, archives, and executive suites for the American Express Company in New York and showrooms, offices, and trade show pavilions for the DuPont Company. Their work with DuPont resulted in a series of ongoing assignments to reimagine spaces and products for health care facilities, including most recently a suite of patient care rooms.

Although Yoshiko had long settled into the architecture culture of New York City, her link to Japan remained strong. In the aftermath of 9/11, Sato authored several articles for leading Japanese newspapers, as well as the article “Remediating Earth” in the publication Renewing, Remembering, Rebuilding that bridged the collapse of the World Trade Center Towers and the Kobe earthquake.

As an educator, Sato was committed to repairing the world through design. Teaching allowed Yoshiko to pursue her most wide-ranging interests. Appointed in 1999 at Columbia University’s Graduate School of Architecture, Planning, and Preservation, Yoshiko continued to teach and to serve as the director of the Japan Lab in Architecture at Columbia until being recently overtaken by illness.

Sato’s teachings ranged from sustainable design to a longstanding passion—the architecture of outer space. At Columbia and with Morris Sato Studio, she led research and project investigations for developing Space Habitation Modules with participation from NASA, international scientists, engineers, artists and others. Her space research at Columbia included collaborating with the late Eiko Ishioka on key costumes for the 2008 Beijing Olympics opening ceremony. In June 2009, she was selected to present her team and students’ work at The International Humans in Space Conference in Moscow.

At Yoshiko Sato’s behest, Columbia GSAPP will announce at the memorial event the establishment of the SATO SPACE ARCHITECTURE FUND. The fund is to support her legacy and to expand upon her teaching on the architecture of outer space with an annual grant for related travel and research. 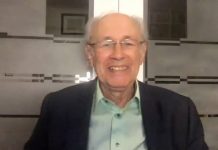 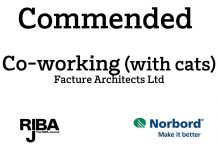 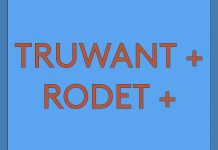 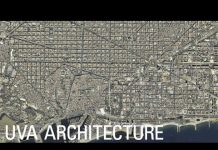 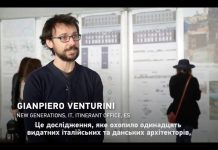