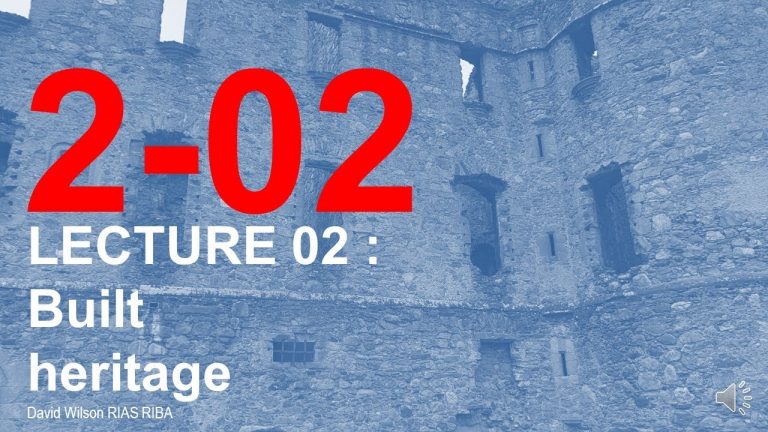 This series of video lectures is intended for stage 1 undergraduate Architecture, Architectural Technology, Construction management and Surveying students. It is intended to give a very basic view of masonry construction. The information provided is geared towards Scottish construction. 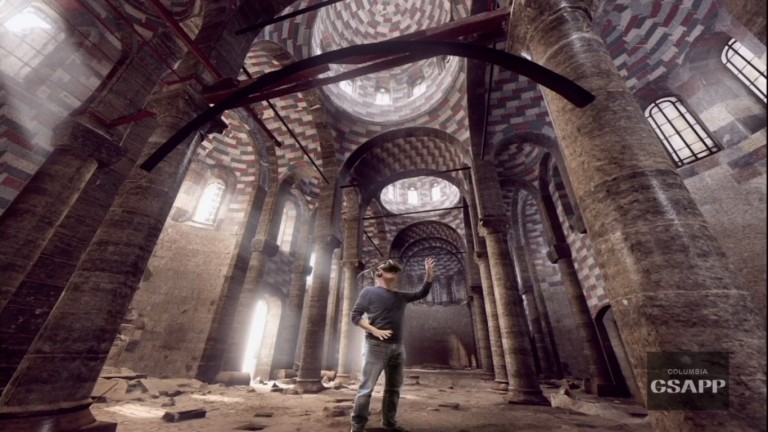 Can digital technologies for capturing and reproducing reality deepen our understanding and enrich our experience of built heritage? Can these new technologies not only improve the daily practice of preservation but effectively inform a new paradigm of cultural heritage? The 2019 Fitch Colloquium will explore the future of Historic Preservation through the lens of experimental approaches to digital documentation, analysis, interpretation, archiving, sharing, visualization and re-materialization of data.

The symposium will examine cutting-edge processes involving the development and application of digital tools to projects of all scales, including high-resolution 3D scanning, gaming, computer-based visual pattern recognition, blockchain encryption, behavioral geo-tracking or interactive projection mapping among others. Internationally recognized experts from a varied range of disciplines will unpack their work and speculate on the conceptual changes that might emerge in response to the current upheaval in technology.

Preservation of Texas’ historic African-American communities, repositories of black heritage and culture that are increasingly imperiled by natural and economic threats, was the focus of the Feb. 16-17 Texas A&M Center for Heritage Conservation’s 19th Annual Historic Preservation Symposium at Texas A&M University.

“Many historically significant African-American communities are at risk because they are located in areas susceptible to flooding, chronic disinvestment, and gentrification,” said Andrea Roberts, a symposium lecturer and Texas A&M assistant professor of urban planning who is creating a statewide black settlement inventory.

Symposium speakers discussed why preserving these communities requires a “full court press” — an interdisciplinary approach that addresses historic sites and buildings and promotes their sustainable development, equity, and resilience.

None of these issues can be discussed in isolation if African-American communities in Texas are to survive and thrive, said Roberts.

“Speakers also addressed fundamental issues of why we preserve, what we preserve, and the best ways to do that both now and in the future,” said Kevin Glowacki, interim director of the CHC. “The symposium, which showcased several CHC faculty fellows’ research and teaching projects, is the start of a much larger conversation about the entire state’s history and heritage.”

The symposium’s keynote address, “African-American History in Texas: Context for Preserving and Conserving Culture and Place,” was presented by Everett Fly, an award-winning, San Antonio-based architect, landscape architect, preservationist, and nationally recognized leader in the drive to preserve the integrity of African-American-associated structures and history.

Presenters discussed events in Houston’s Third Ward, a predominantly African-American community that traces its origins to Houston’s founding in 1836.

The symposium also included “The Brazos Valley Manifesto: What’s Next for Preservation of African-American Places in Texas?” a roundtable discussion moderated by Andrea Roberts and Brent Fortenberry, Texas A&M assistant professor of architecture.

As a result, a new critical engagement with preservation’s colonial history is emerging. Core concepts, such as the primacy of context, are being reconsidered. Fundamental practices such as the archiving of architectural fragments are being redefined. And new technologies are being developed. The 2017 Fitch Colloquium examines these and other emerging philosophical, social, technical and environmental questions raised by moving buildings. 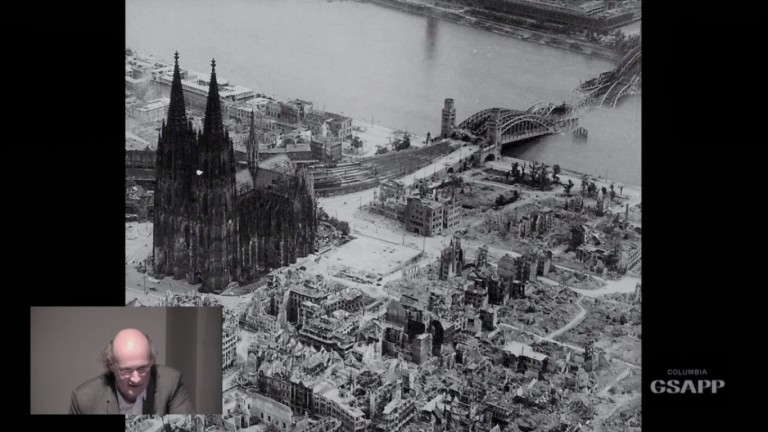 What are the moral limits to war? The destruction of heritage has, at least since the Enlightenment, been considered a threshold beyond which military action becomes unjust, even criminal. Centuries before modern preservation laws, it was military jurists like Emmerich de Vattel who helped establish the notion that governments at war had a legal duty to protect heritage—including that of their conquered enemies. The regulation of modern warfare in many ways preceded and shaped that of modern preservation.

Military codes of conduct, such as the pioneering 1863 US Lieber Code, became the basis and inspiration for national and international preservation laws. The experience of World War II, and the now famous work of the Monuments Men, was a powerful catalyst for the creation of preservation institutions during peacetime, from the National Trust of Historic Preservation to UNESCO. Their aim was not so much to abolish war, but rather to fight more just wars in the future, to correct the moral transgressions of the past.

Preservation, in other words, is not conceptually outside of war, but very much embedded in it, where it can more effectively monitor, report on, influence and limit bellicose action. Military thinking is second hand to preservation: we organize as one would an army, around notions of readiness for battle, defensibility of assets, planned campaigns, managing trauma, and reconstruction.

To what degree, we may ask, is preservation thinkable outside of militarization, and its prewar—war—postwar continuum? What is the range of acceptable preservation actions and non-actions in the face of today’s wars, when spectacles are made of the dynamiting of monuments, and the killing of preservationists?

The 2016 Fitch Colloquium brings together some of the world’s leading experts in the spirit of dialogue and common pursuit of answers to these urgent questions.

The Fitch Colloquium: Beyond the Five Boroughs: International Preservation Insights (2015)

As Columbia University’s contribution to the Landmarks 50 celebration—the recognition of the fiftieth anniversary of the New York City Landmarks Preservation Commission—this year’s Fitch Colloquium looks beyond the laws of New York City to preservation frameworks elsewhere in the world. With the understanding there much New Yorkers can learn from international practice and problems, we gather leading preservationists from London, Los Angeles, Mumbai, Oslo, Puerto Rico, and Rio de Janeiro, to speak about their local perspectives. An introduction provided by Will Cook of the National Trust for Historic Preservation’s legal staff will set up the discussion for comparative practices around the country and world.

10:15am Creative Approaches to Using Law to Protect Historic Places

The Fitch Colloquium: Transformative: Seven Ideas for a New Preservation (2014) 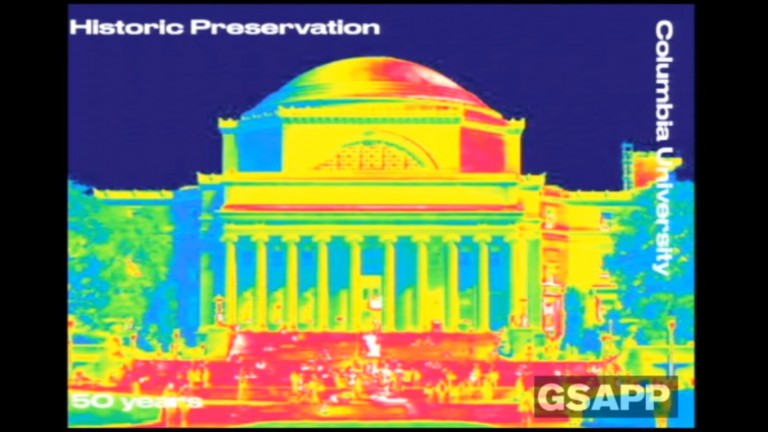 In celebration of its 50th anniversary, GSAPP’s Historic Preservation program is convening extraordinary figures to re-imagine the future of preservation. The works of Michèle Pierre Louis, Tim McClimon, Adam Lowe, John Ochsendorf, Ilaria Cavaggioni, Gunny Harboe, and Peter Mullan challenge us to rethink our assumptions about what preservation is and can do. Their unique perspectives on preservation are informed by their deep knowledge and engagement with fields as diverse as politics, finance, art, engineering, design, planning and information technology.

Each speaker will explore one idea, a new and unexpected way in which preservation may engage with the urgent challenges of our time, from social inequity to climate change, from the digital revolution to the limits of government. Collectively, they will offer a view of preservation’s emerging potential.

Organized by Jorge Otero-Pailos and introduced by Andrew Dolkart, Columbia GSAPP, to mark the 50th anniversary of the Historic Preservation Program. 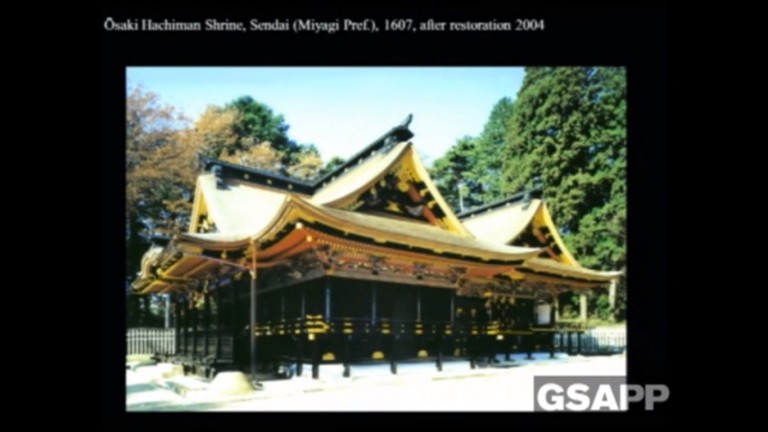 The annual James Marston Fitch Symposium hosted by the Historic Preservation Program at Columbia University’s Graduate School of Architecture Planning, and Preservation explores the question: Is there an East and West in Preservation? An examination of preservation practice in contexts of engagement between East and West seems to suggest there is dissonance between projected rhetorical positions and what occurs “on the ground.” In these engagements is preservation largely enacted on a set of consensus and globally forged principles tempered by national or regional customs or primarily on indigenous principles? Or, is the spectrum of practice even broader and more deeply colored by local contexts?

Anton Schweizer: How to deal with short-lived splendor? The concept of originality in Japanese lacquered architecture

Lee Ambrozy: At the Midpoint: Negotiating Sustainability in the Old Town of Shaxi – Yunnan Province, China

Lisa Ackerman: More than Mortar Analysis and Measurement: the Art of Conservation Across the Globe

Simon Warrack: Conserving what? Western conservation approaches and their impact on heritage in Asia 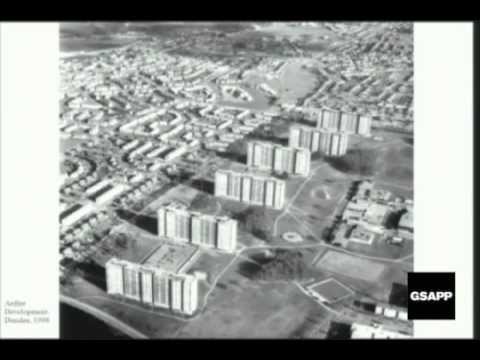 Themes will revolve around “The Architecture of Public Housing: Preserving a Post-War Legacy.”

Conference on Preservation and Climate Change (2010) 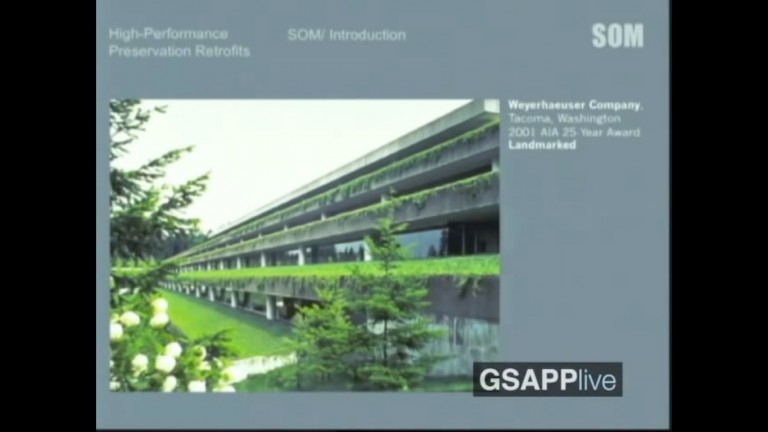 How can old buildings contribute to New York City’s sustainable future? On Saturday, October 16th, 2010 policy makers, architects, environmentalists, planners, preservationists and others gathered at Columbia University’s Graduate School of Architecture, Planning and Preservation to explore how preservation can be integrated into New York City’s climate change, green building and sustainability agendas. The goal of the conference was to find common ground across disciplines and seek to advance both the fields of sustainability and preservation.