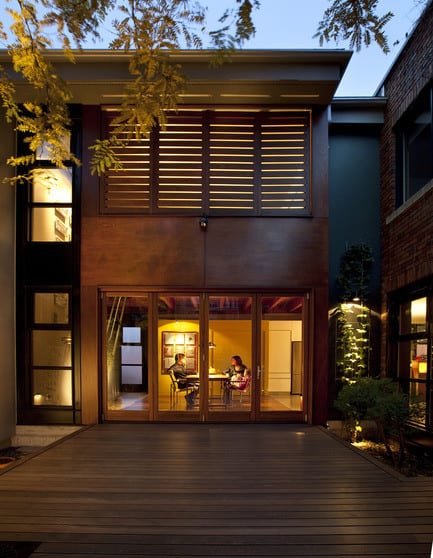 The U-HOUSE opens onto an inner courtyard- shutting out urban chaos.


Situated on the outskirts of a residential Montreal neighbourhood, near a railway line, the U-HOUSE exists in an entirely urban context. However, the U shape takes advantage of the open central space, creating an oasis protected from the surrounding environment. The walls that frame the courtyard are finely crafted of articulated wood and glass panels which can be opened and closed. Weather permitting, the courtyard transforms itself into another room in the house.

The U-HOUSE was built by architect Natalie Dionne to house both the family residence and her office space. Along with her partner, who works in cinema, she drew the plans and began construction in 2003. On the edge of the trendy Plateau Mont-Royal , on one of the few remaining vacant lots,  two new structures were built at each edge of  the land, each one attached to a small industrial building already onsite.

The U-HOUSE exploits the idea of fluidity between interior and exterior spaces. The facades facing the courtyard are covered with marine-grade plywood, and finished in okoumé wood veneer. The same veneer adorns the interior walls as well. In the same way, the floor of the terrace is continuous with that of the house, made from the same ipé wood. On one side of the deck, the four wood window frame panels are hinged together to accordion open and closed.  On the other side of the deck, in the original building, one of the huge windows is actually a garage door. When both these picture windows are fully open they leave two gaping holes in the facade, completely erasing the boundaries between indoors and outdoors. In summer, the upstairs windows are opened and the shutters closed. This ensures sufficient ventilation, guarantees privacy, protects from the rain, and keeps the south-facing rooms nicely cool. In winter, open shutters allow for the maximum of light and heat from the sun. 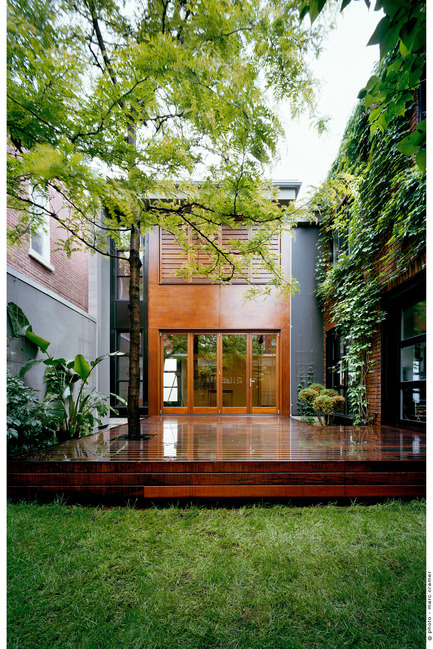 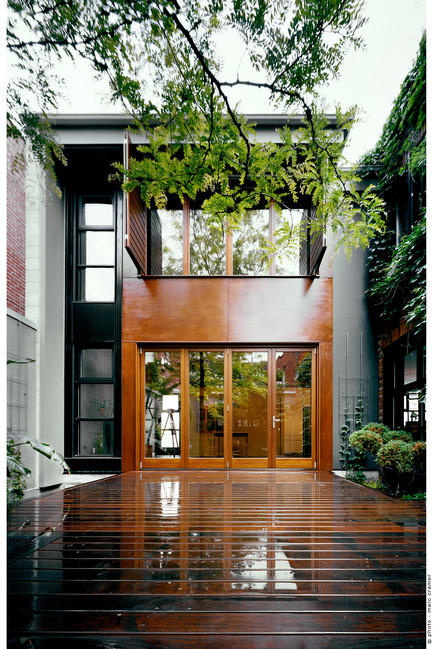 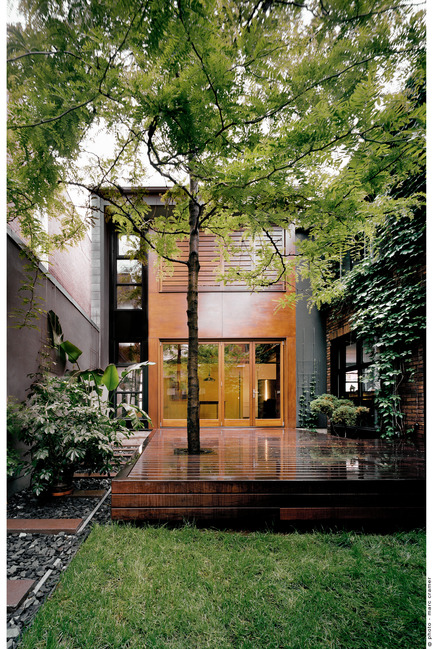 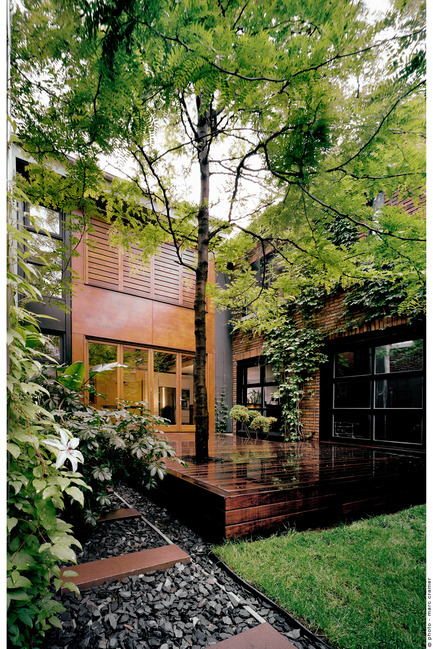 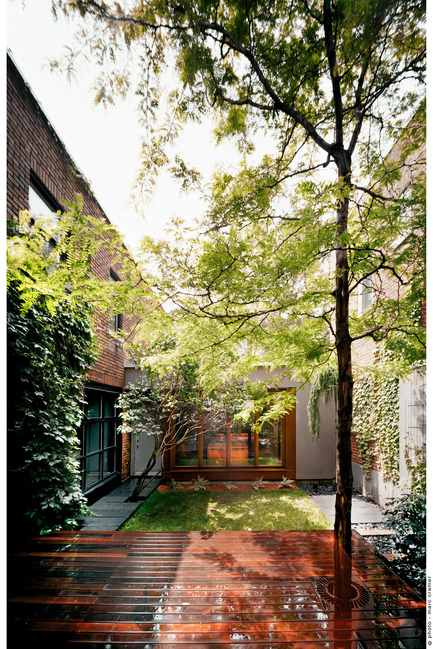 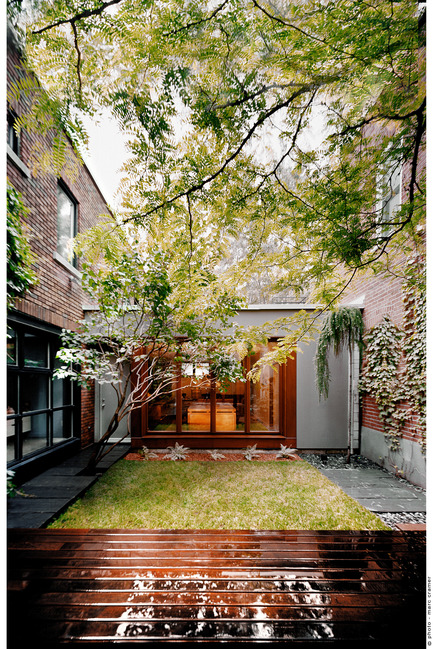 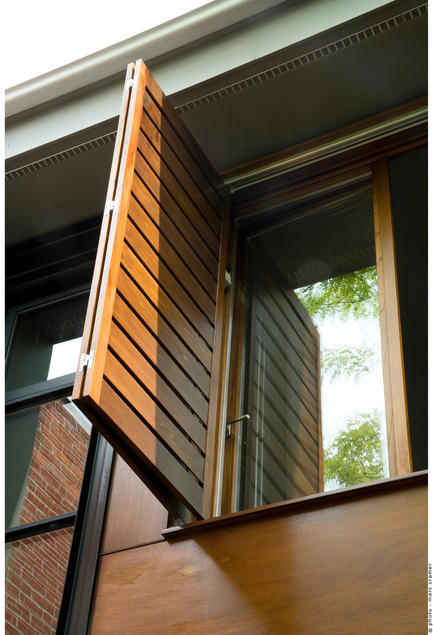 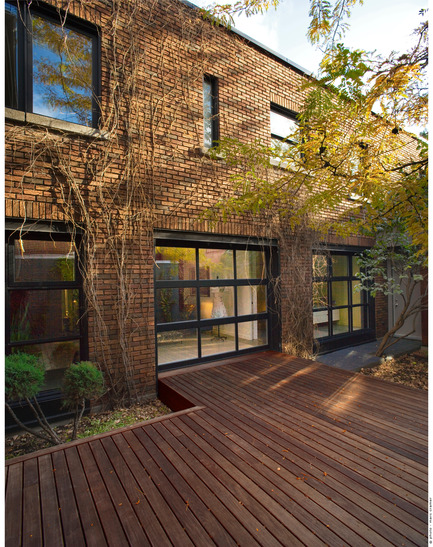 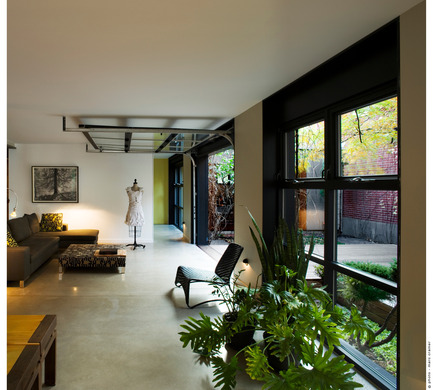 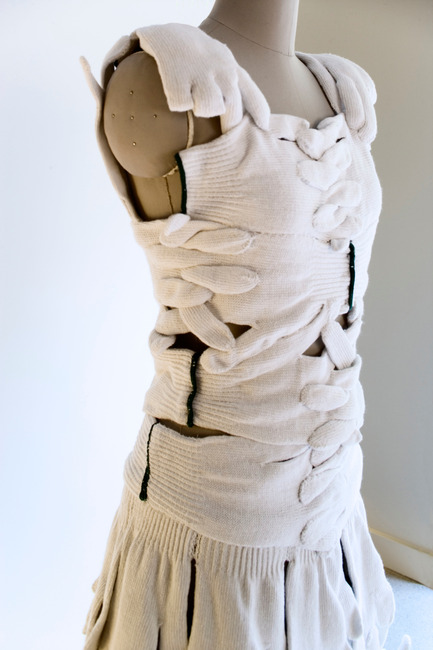 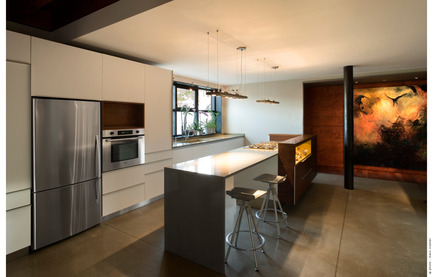 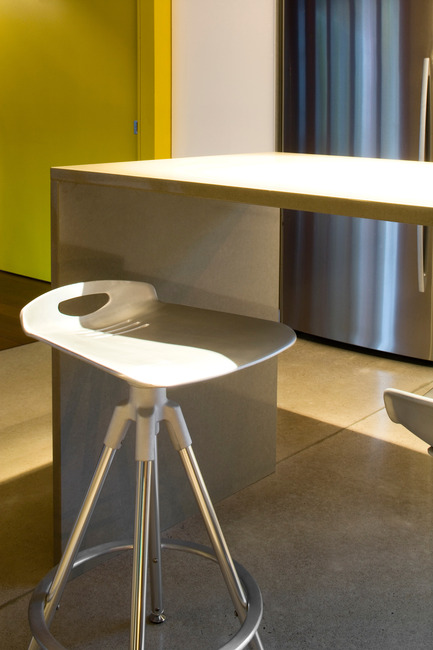