The International Garden Festival is pleased to announce the designers and activities for the 12th edition to be held from June 25 to October 2, 2011 on the site of Les Jardins de Métis/Reford Gardens. The 2011 Festival will feature a record 25 gardens by leading designers from the cities of New York and Berlin, and from Canada, Australia, France, Italy, Switzerland and the United States.

The line-up of gardens for 2011 includes:

The exhibition of ephemeral gardens is the centrepiece of a program that includes a roundtable on international landscape architecture, a culinary event in aid of the Festival and screenings of the film on the Festival and the Gardens in London, New York and Martha’s Vineyard.

2011 theme: “Secret Gardens”
This year’s theme is “Secret Gardens”, a theme that guides the spirit of the 12th edition while also promoting the exploration of a very particular aspect of contemporary garden design. In response to the question “What do Secret Gardens look like today?” the designers of the 23 gardens are all perfectly connected with the natural and cultural contemporary world and raise some critical issues. On the other hand, in their imaginative and challenge responses to the question, the designers offer visitors a wide range of interesting and new experiences.

Three gardens by leading landscape architects from NYC
New York has the highest concentration of landscape architects in the United States and New York designers and firms are creating remarkable landscapes for public and private clients around the world. From this creative class, three leading designers have been invited to represent New York and to create gardens for the 2011 Festival:

Ken Smith
Ken Smith, founder of Ken Smith Workshop, is one of the leading designers of conceptualist gardens. His has worked on an astonishing array of public and private projects. Ken Smith is also a professor and design critic at the Harvard Graduate School of Design. Known to Canadians for his design of the Village of Yorkville Park in Toronto, his projects include the MoMA Roof Garden in New York.

For the 12th edition of the festival Ken Smith proposes a project entitled A Ditch With A View, that is both an exploration of the borrowed view and the role of voyeurism into the secret garden. His project frames a space not ordinarily perceived as a garden per se, by appropriating a typical engineered drainage ditch as the site and reframing one’s perception of this typical kind of utilitarian infrastructure. Three frames spanning the ditch will be constructed using recycled natural and cultural materials. An armature of winter fallen spruce tree trunks will be fitted out with an array of recycled window sashes that will simultaneously bound the secret garden space and provide windowed views of the ditch and the borrowed landscape beyond.

Diana Balmori
Diana Balmori, founder of Balmori Associates, is an internationally renowned landscape and urban designer. Through research, collaboration and innovation, she has developed projects that range from master plans to green roofs. Some of her works include the famous Garden that climbs the stairs, in Bilbao, as well as the extraordinary effort to bring to life Robert Smithson’s concept for a floating island around New York City. She is also a professor at Yale University and the author of an important new book, A Landscape Manifesto, published in 2010.

For the 2011 edition of the festival Diana Balmori has imagined a garden entitled Making Circles in the Water. The project consists of a circular water tank, located in the bay of the Mitis River, that will capture the images of the changing sky, pixellating it on the surface of the St. Lawrence, with the idea of reconnecting the site to its body of water. The perfect geometry of the circle and the serene quality of the reflective plane contrasts with the dynamic St. Lawrence River and reveals the forces that derive from nature: the movement of the waves, the energy of the current, and the power of the tides. By changing the visitor into a participant and interweaving the components of the view – sky and horizon line – the garden invents new relations between space, shapes, colours and textures.

Michael Von Valkenburgh
Michael Von Valkenburgh, founder of MVVA, is one of the leading American landscape architects. His work is an exploration of the living qualities of the landscape and an attempt to emancipate landscape architecture from its derivative relationship to architecture. Some of his work includes the Teardrop Park and the Brooklyn Bridge Park, both original explorations of naturalism and artificiality, but he has also completed many sensitive landscape restorations projects, including the Harvard Yard.

For the 12th edition of the festival Michael Von Valkenburgh has created This Rocks! Get Lost!, a garden that considers things he feels are getting lost in landscape making. His garden is a re-affirmation of the deep and nearly sonorous timelessness of landscape in our lives, a moment to remember that landscape has the power to evoke, to transport, or even to unlock doors in our deepest thoughts. The project is closer to Gaston Bachelard’s poetics of space than it is to a virtual internet experience, being an abstract and fragmentary exploration of the idea of the archetypal Canadian evergreen landscape, combined with an assemblage of strikingly white Vermont marble.

Three gardens chosen from the 2011 international competition
Earlier this year, the Festival launched an international competition to select the new temporary gardens for the 12th Edition. Three teams were chosen from 194 proposals by a prestigious jury of leaders in the fields of architecture, landscape architecture, design and the visual arts. The jurors were: Marc Hallé, landscape architect with Claude Cormier Architectes Paysagistes; Alexander Reford, director of the Reford Gardens and the International Garden Festival; Nelda Rodger, Editor-in-Chief of Azure magazine; David K. Ross, artist and designer of the garden Pomme de parterre presented from 2007 to 2010; Emmanuelle Vieira, artistic director of the Festival; Charles Waldheim, professor and chair of the Department of Landscape Architecture, Harvard University Graduate School of Design and designer of the garden Subterranean for the 6th edition of the Festival in 2005; Mirko Zardini, director of the Canadian Centre for Architecture. They lauded the excellent quality of proposals received: “Their creativity and their contribution to landscape architecture and garden art confirms the role played by the International Garden Festival”. The three new projects chosen for the 2011 edition are:

Fleur de sel
By Urbanbees (Marco Asciutti, architect-landscape designer, Farzaneh Bahrami, artist-designer, Enrique Enriquez, architect-designer and Matteo Muggianu, architect-engineer) Montréal, Canada, Milan, Italy and Lausanne, Switzerland. Fleur de Sel is a garden of salt that envelops the site and allows the visitor to connect with it by touching, smelling and perhaps tasting. Through the salt, this garden reconnects the public with a common material, commonly used in winter as a part of our vehicular landscape. Like a layer of snow that hides the grass, objects, footprints and odours, this original garden conceals many secrets under our feet.

The ALGAE Garden
By Heather Ring, landscape architect, Dr. Brenda Parker, plant scientist and Synnøve Fredericks, artist, London, United Kingdom. The ALGAE Garden celebrates the beauty and the potential source of energy of the algae through a design that underlines its diversity and meaning. This garden stands between the landscape, the artistic and the scientific world, presenting algae organized by colour and species in plastic sleeve curtains hanging from wooden frames. The algae, often considered a nuisance in the garden pond, here because an object of beauty and leads the visitor to appreciate algae as an alternative to oil and other energy sources.

Noli tangere
By Terragram (Vladimir Sitta, landscape architect, Anita Madura, landscape architect and Robert Faber, architect) from Sydney, Australia. Noli Tangere is a secret garden with a secret shape to experience from underneath and on the surface. Formed by a strong geo-textile mat supported by trees and posts, this garden offers the contrast of a dark and strange inner world underneath the mat, but also the discovery of the natural light, plants and insects at eye level. Holes that perforate the mat allow adults and children to view and enjoy the surface of the garden.

Harvard Garden – On the Surface
Developed by Asensio Mah (Leire Asensio Villoria and David Syn Chee Mah) in collaboration with students in the Master of Landscape Architecture, Masters of Design and Master of Architecture Programs at the Graduate School of Design at Harvard University. On the Surface is a new entry sequence for the visitors to the Festival. A garden wall is augmented and transformed to form a surface that responds to and embeds multiple functions. Its undulating form also embeds an experimental moss surface that flips between wall, floor, cover, creating multiple orientations and microclimates for the living material.

The 2011 Edition of the Festival will present an award-winning installation Itinerant Pods by Pete and Alissa North of North Design from Toronto, exhibited for the past three years on the Mall in Cleveland, Ohio.

Symposium on Contemporary
Landscape Design
The Festival will host a Symposium organized by Les Jardins de Métis in collaboration with the Goethe-Institut Montréal. Developed and directed by Emmanuelle Vieira, Artistic director of the Festival, the event will be an opportunity to exchange experiences and viewpoints, related to the week passed in Metis, but also discuss issues of contemporary architecture landscape in three major cities: Berlin, Toronto and New York. The Symposium will be held on Saturday June 25 from 10 am to 5 pm at the Jardins de Métis. Attendance is open to all interested persons. All attendees must register by June 23rd by email to[email protected].

About the International Garden Festival
The International Garden Festival is the leading contemporary garden festival in North America. Launched in 2000, the Festival is a unique forum for innovation and experimentation that allows visitors to discover inspiring spaces created by designers drawn from the visual arts, architecture, landscape architecture and environmental design. Since 2000, the Festival has presented 125 gardens by more than 220 designers from 14 countries on the festival site and extra-mural gardens in Montréal, Toronto, Calgary, France, Italy and the United Kingdom. The 12th edition of the Festival will be held from June 25 to October 2, 2011.

The International Garden Festival is presented with the financial assistance of many public and private partners, including: the Canada Council for the Arts, Canadian Heritage, Canada Summer Jobs, Conseil des arts et des lettres du Québec, Tourisme Québec and Emploi-Québec. Hydro-Québec has been a major partner of Les Jardins de Métis/Reford Gardens since 1999 and is continuing their support this year with a series of initiatives to support the Festival and its program of events and activities, including The Right Tree in the Right Place garden by Montréal designers NIPpaysage.

About the Gardens
Les Jardins de Métis/Reford Gardens are located on the shores of the St. Lawrence and Mitis rivers at the gateway to the Gaspé Peninsula, dubbed by National Geographic Traveler magazine as one of the “20 Best Trips of 2011”. A national historic site, Les Jardins de Métis are ranked as one of the great gardens of North America. Created by Elsie Reford over a period of 30 years, they are a living testimony to her passion for gardening and plants. The Gardens host a range of events and activities throughout the summer and are open every day from June 4 to October 2. 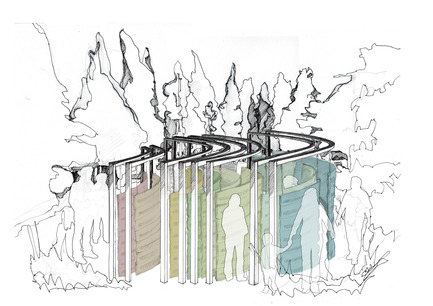 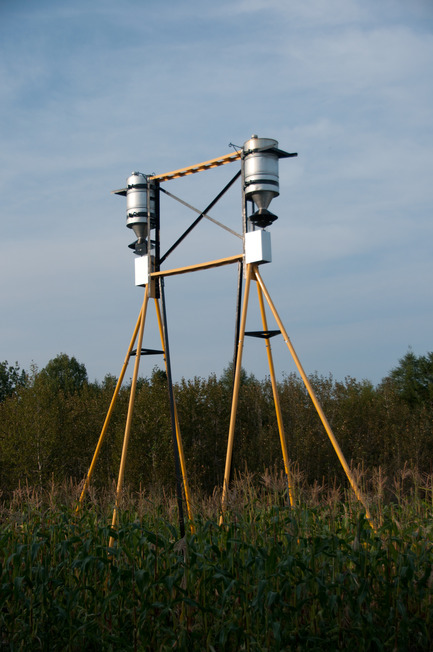 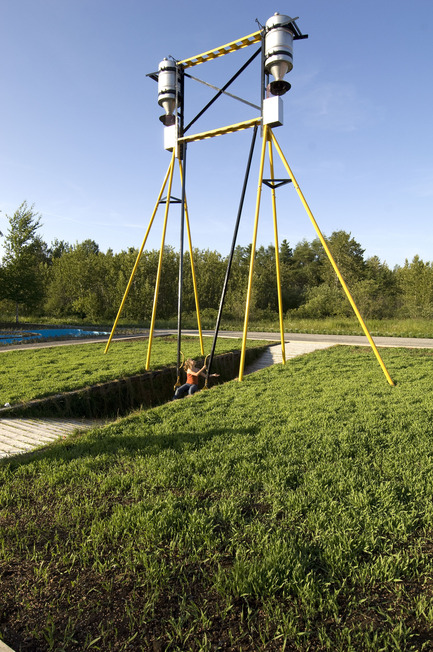 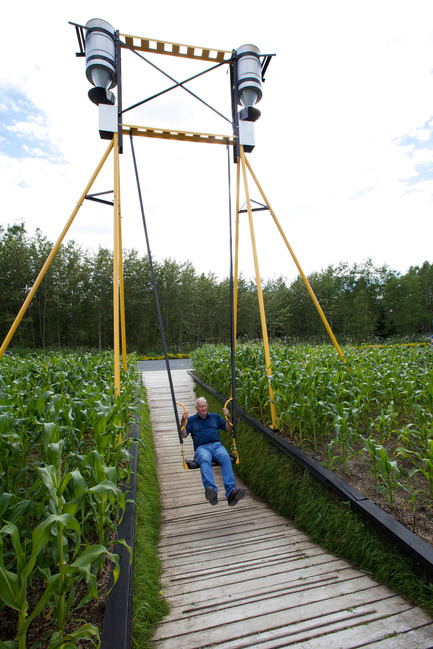 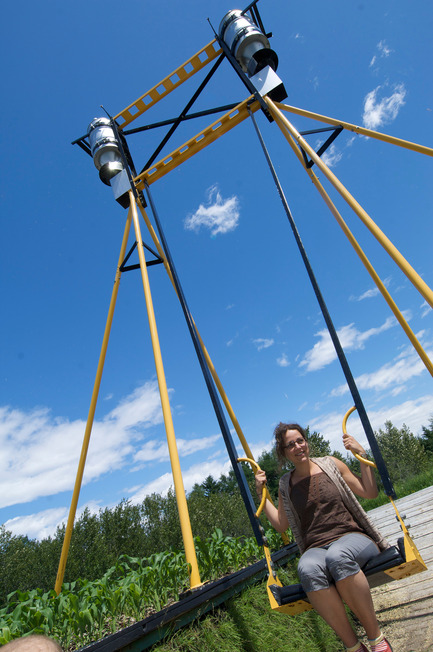 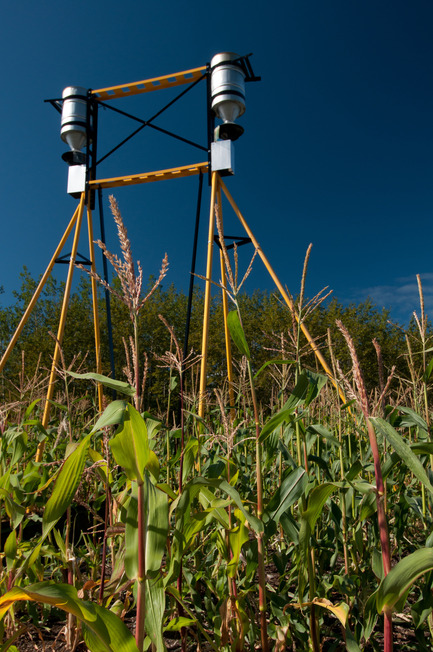 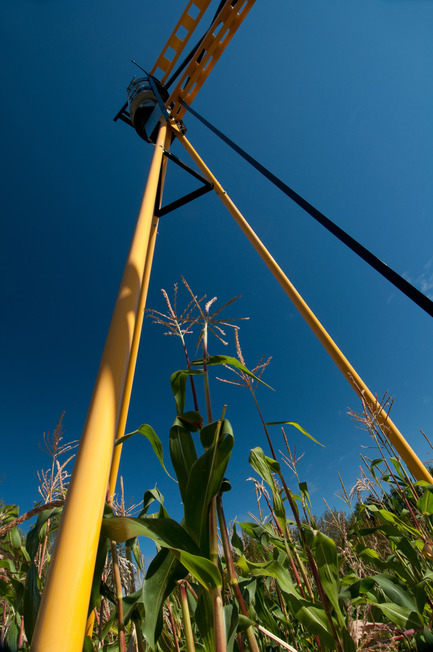 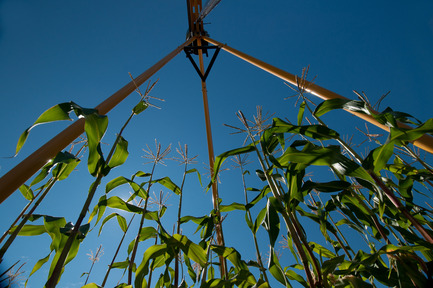 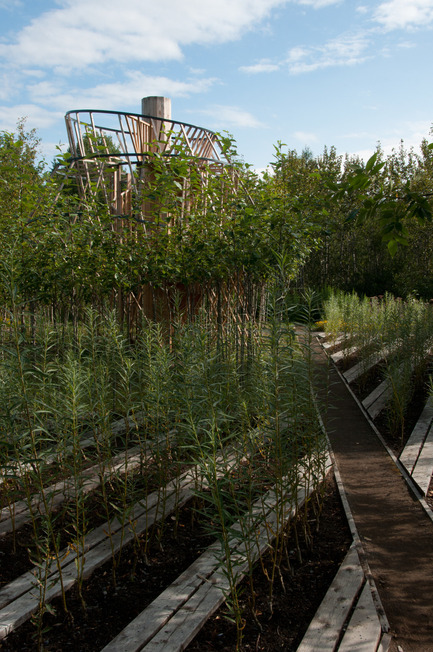 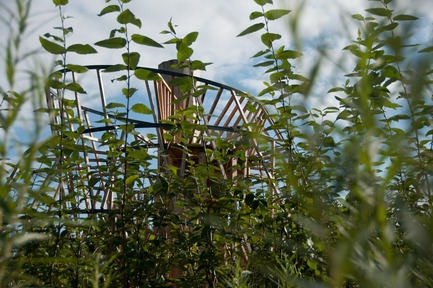 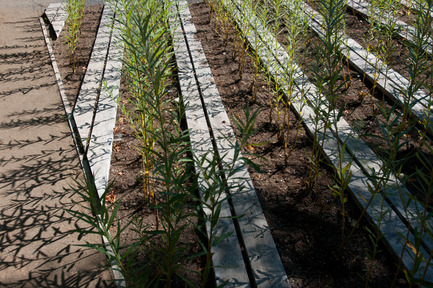 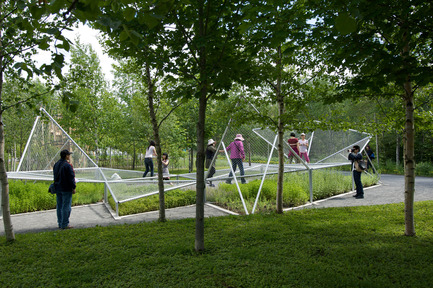 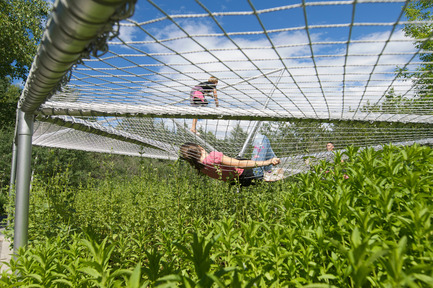 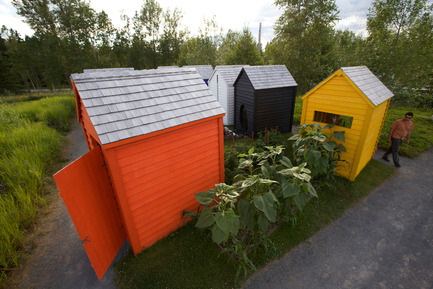 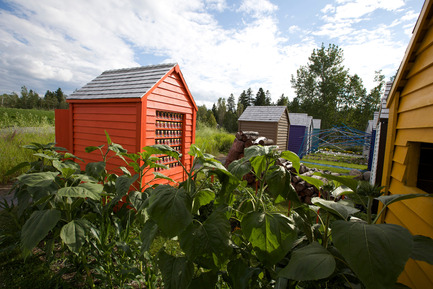 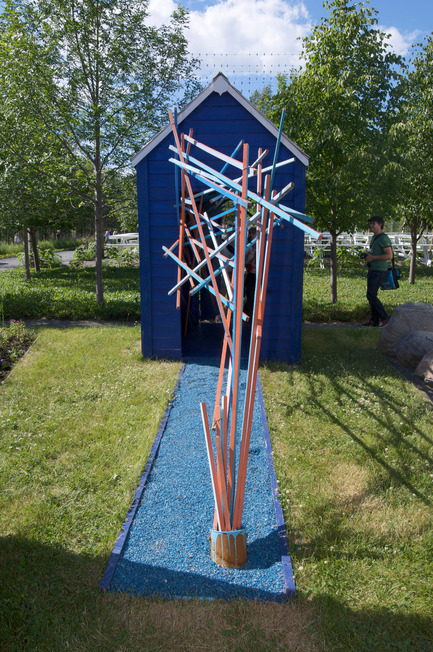 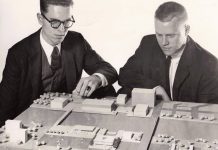 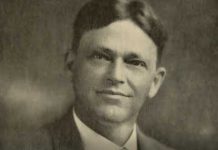 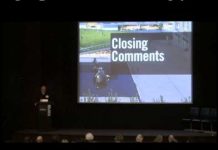