Michael Speaks and Florencia Pita present a new initiative, an exchange between Stanford University and SCI-Arc. They introduce all the lecturers for the evening: Michael Shanks, Jeffrey Schnapp and Henry Lowen from Stanford, Hernan Diaz Alonso, Eric Owen Moss and Wes Jones from SCI-Arc, and Brett Steele from the Architectural Association, London.

Stanford Humanities Lab directors present their work and the goals of the SHL (Stanford Humanities Lab). Jeffrey Schnapp explains the project of SHL, what it is up to, where it goes and how it relates to SCI-Arc’s interests. Michael Shanks talks about his career as an archaeologist, he explains what he does and its relation to architecture. He pays close attention to topics like context, project, research, and practice. Henry Lowen. discusses gaming theory and who has the ultimate control over the design of a game.

Diaz Alonso explains his work in the SCI-Arc context. He compares the SCI-Arc faculty to the Coyote and the Roadrunner, discussing the architect’s ambiguous search to achieve the impossible and the development of a territory for critical thinking. Wes Jones talks about his practice, and shows several projects, one of them a project designed for a competition among the faculty of SCI-Arc. Eric Owen Moss discusses education at SCI-Arc in terms of moving forward into a venue you don’t yet recognize. 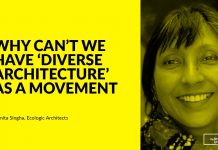 101: Why Can’t We Have “Diverse Architecture” as a Movement with Sumita Singha 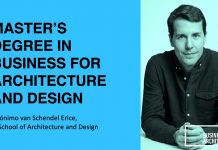 329: Master’s Degree in Business for Architecture and Design with Jerónimo van Schendel 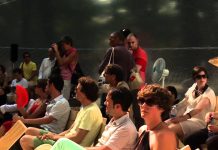 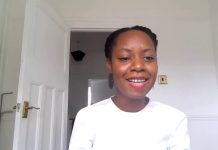 24/01/2020
We use cookies to ensure that we give you the best experience on our website. If you continue to use this site we will assume that you are happy with it.OkRead more