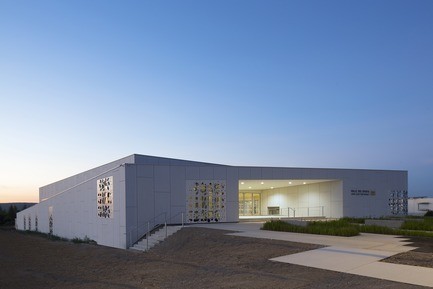 
The challenge of building the Sports Hall Jean-Louis Trintignant in Uzès is to suggest a project that can work perfectly with the existing environment while creating optimal conditions allowing sports practice. The main focus is spot on the utility of the interior areas, as well as the lighting in order to offer comfort for both players and spectators.

The Sports Hall must above all be a constituent element of the Zac Mayac project while allowing continuity with the bordering College project also realized by the agency back in 2003. This project takes up the minerality of the college by modifying its materiality. The perforations of the facades are the particularity that the Sports Hall possesses.

One of the major stakes of the operation lies in its ability to generate urbanity. Thus the square front plays a primordial role, thought as an urban place; the square is intended to be homogeneous in its representation, uniting the pedestrian zone with the parking areas. Entirely glazed, the entrance of the sports hall offers a visual transversality from the square directly to the play area. At night it serves as a signal for visitors.

In this configuration, the impact of the Sports Hall on the immediate environment is reduced, matching the topography of the place, the gymnasium adapts to the constraints of the plot and the program. This position has the effect of unifying the building and at the same time offering it a unique and readable identity. The playfulness of the volumes is easy to read and accessible to all students.

This composition takes into consideration the entire volume of the Sports Hall. All the technical elements are hidden under the roof, integrating a fifth façade on the main volume. The attention we pay to an element often neglected but visible from the surroundings, shows our concern to obtain a genuine integration.

The internal organization of the Sports Hall is intended to be an example of simplification of the distribution elements for both public and users and tending towards a clear and displayed legibility of different spaces. The entrance, directly connected to the courtyard, offers a transition by the front square. A real exchange takes place between the inside and the outside. The glass panorama in continuity of the courtyard offers an impregnable view on games taking place inside, animating thus the surroundings of the hall thanks to sports practice. The sports ground is at the centerpiece of the venue while remaining clearly defined. At the same time the interior composition is such that the hall offers generous access to the stands, inviting people to participate in the events. Access to the dressing rooms is also provided by the wide staircase in the hall, all under the supervision of the reception placed strategically in the heart of the flows.

The goal is to create a comfortable and welcoming atmosphere in the gym, favoring clear colors in order not to obstruct spectators’ vision of games. The welcoming and warm atmosphere is upgraded by the usage of wood. The natural light is essential for the healthy functioning of the sports hall, which is why the gymnasium is illuminated by skylights on the roof and by the openwork façade for optimal ambience and game conditions.

Created back in 2000 by Elodie Nourrigat and Jacques Brion, the N+B office became NBJ architects in 2013.

NBJ practices the diversity of interventions based on the personal paths of the associates and the skills of each employee. This system allows for a commitment in architecture, urban planning, education, research, innovation and architectural diffusion. This method of collective and proven work is present throughout the production process thanks to a personalized approach to each project and owner. The objective is the success of operations through the implementation of pragmatic and operational innovations based on an understanding of needs, analysis of constraints, issues and sharing of the project throughout an ongoing dialogue. Thus, every project inscribed in different scales, whether architectural or urban, is developed with the same attention and nourished by these reflective, operational and collaborative practices.

Their work has been recognized through many distinctions.

In September 2008, they were invited to the 11th Venice Biennial of Architecture in the French Pavilion. In the same year they won the “Europe 40 under 40” award, distinguishing the 40 best agencies under 40 in Europe. The project of the Camalcé Activity Park in Gignac was distinguished by the “International Award 2009” awarded by the Chicago Athenaeum Museum. In 2010, they are also winners of the CAMPUS project on the city of Montpellier. In 2014 they receive the AMO—GrDF award for the maintenance center of the Nîmes-Garons Civil Security Helicopter Group. They also realized the restructuring of the Lycée Honoré de Balzac in Castelnau-le-Lez, the wedding hall for the town of Jacou, and the restructuring of a building for the CNRS.

The agency is currently working on a development of ZAC in Gignac, another in Montpellier (Parc 2000 2nd extension), on the implementation of several housing programs on the metropolis of Montpellier and its surroundings, as well as on the Center Technique Municipal de Blagnac.

F. Privat architecture is an architecture office located in the center of the city of Uzès operating since 1994. It has been installed in its new premises since the creation of the EURL in 2007.

François Privat, in charge of the agency, obtained his diploma at the school of architecture of Montpellier with the congratulations of the jury in June 1993. In 1993, he won the student contest CIMBETON, in 1994 winner of the contest on the theme of Urban Beacons. In 2000, the rehabilitation of the chapel of the Capucins received the EDF quality city award.

In parallel with the professional activity, F. Privat is a part-time teacher at the National School of Architecture in Montpellier. The production of the agency has two orientations; An activity on public procurement in association with other architectural firms, with numerous references in the field of education (schools, rehabilitation/restructuring) and an activity in the private domain with the realization of many houses and rehabilitation, particularly in the safeguarded sector.

The general approach of the agency is based on a careful reading of local conditions and how they are modified and altered by the multiple contingencies that cross it. The production is divided between practice and research adapted to environmental problems. This concern about CO2 emissions over the entire production process of a building and the materials used is a constant that applies to every project of the agency, small or large. Engaging new ways for the future with constant research and adaptation to the local environment in the know-how and use of local and innovative materials, is what the firm is doing and intends to do in the future. 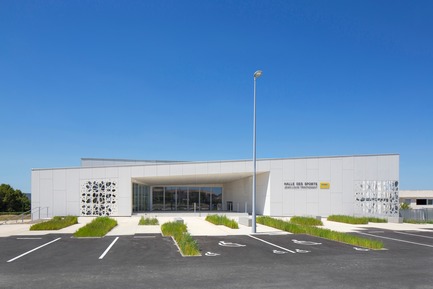 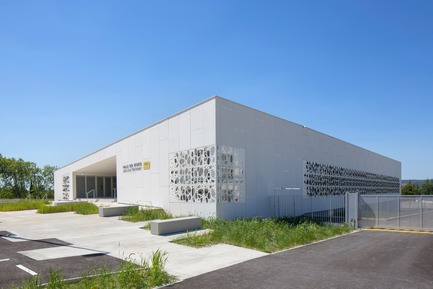 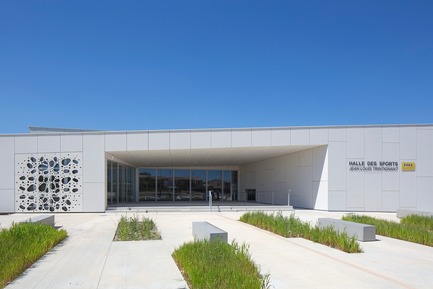 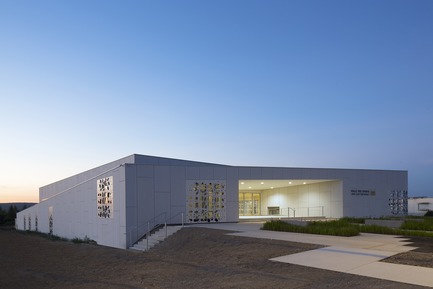 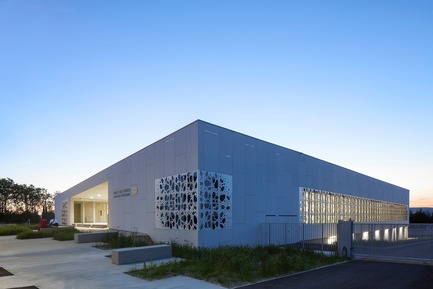 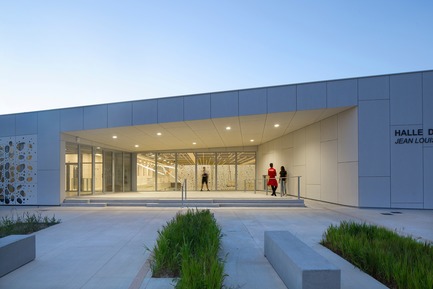 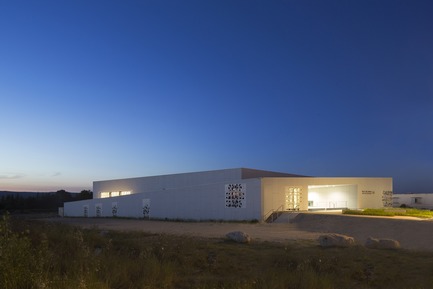 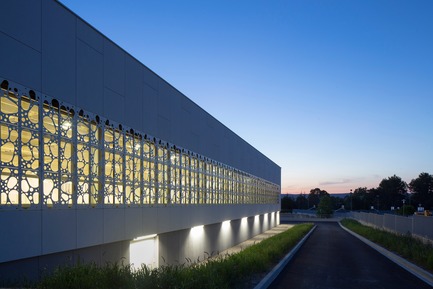 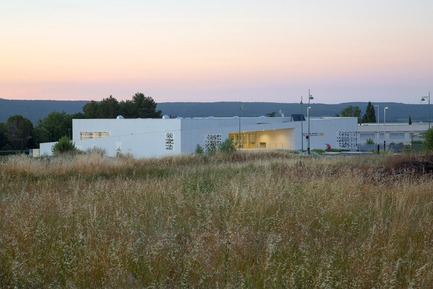 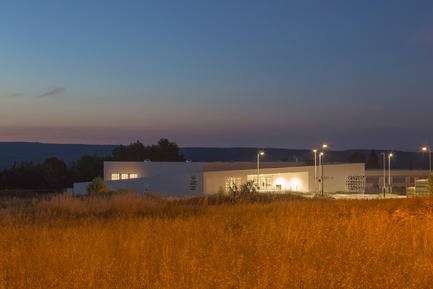 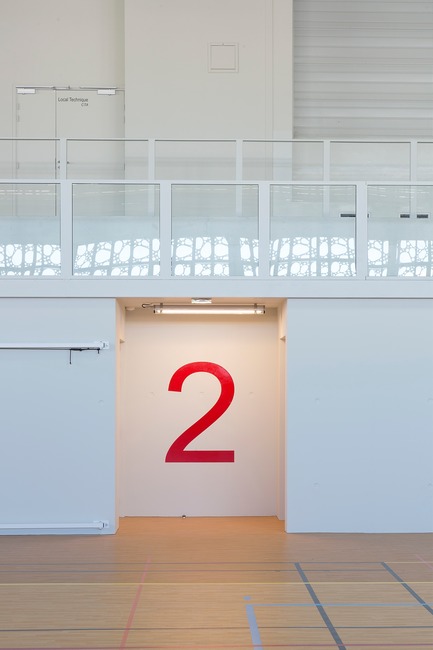 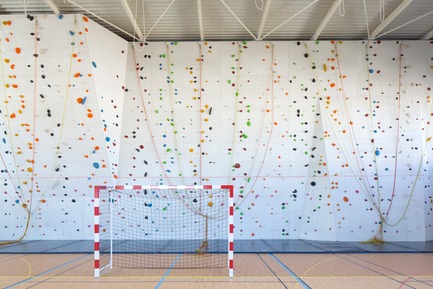 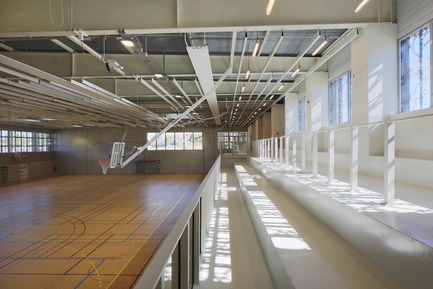 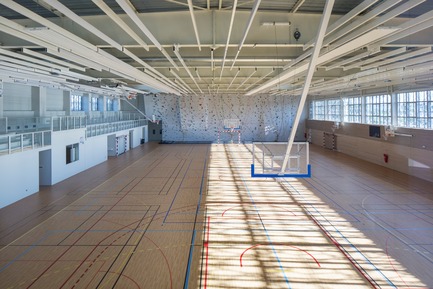