California architecture studio Ozel Office has created a blobby robotic sculpture that changes shape in the presence of people.

Cypher is an interactive robotic sculpture that is controlled by sensors, scanners and virtual reality (VR) technology. The sculpture inflates and deflates when people or objects are in its proximity, and also based on commands given by a person wearing a connected VR helmet.

The “cyberphysical sculptural installation” was designed and developed by Ozel Office, a Los Angeles studio that explores the intersection of architecture and technology. The firm is led by architect Güvenç Özel, who is is a faculty member at the University of California, Los Angeles (UCLA). The Cypher project was largely funded by a grant from Google’s Artists and Machine Intelligence Program.

Once publicly launched, Cypher will be the first robotic sculpture that is simultaneously controlled by physical sensors and VR, according to the team. The project aims to challenge notions of what is real and virtual and to merge domains that are typically viewed as distinct.

“Cypher creates a bridge between the physical and digital worlds, collapsing them into the same experiential plane through a combination of a virtual reality simulation and sensor-based human-robot interaction,” said Ozel Office in a project description.

“Cypher has an ability to translate concepts and experiences that are traditionally seen as opposite domains: sculpture and architecture, digital and physical, visual and tactile, material and simulated.”

The sculpture has a T-slotted aluminium frame with 3D-printed steel joints. Within the frame, the team placed an air compressor and a computer, which serve as the brain of the sculpture. These components are connected to sensors, valves, actuators and other elements that play a role in the sculpture‘s movement. 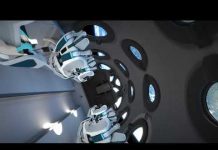 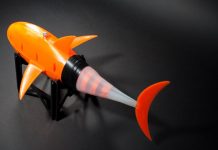 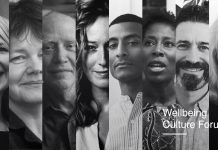 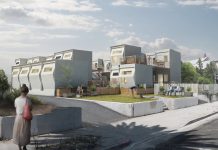 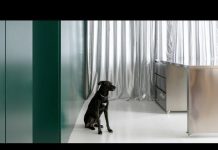