Thom Mayne introduces Peter de Bretteville, who worked with Craig Hodgetts and Eugene Kupper in the firm Works, subsequently practicing on his own and teaching at USC.

Peter de Bretteville begins with a joking reference to “the long, painful part” of every architecture lecture that comes before the architect shows his first slide.

He engages in some dialogue with the lecture crew about his slides, which have gotten out of order. After announcing that he will speak about his general principles before discussing his work, he stops the lecture to re-organize his slides.

De Bretteville resumes his introduction on general principles after a pause. But after a few remarks about the importance of how architecture is “not observed but experienced directly,” he stops the lecture again.

De Bretteville discusses an issue arising from modernism that is relevant to his work: the challenge of responding to daylight given the increasing thinness of exterior walls. He shows some strategies for reducing glare and heat in the work of Le Corbusier and Louis I. Kahn, relating them to pre-modern work such as Hadrian’s Villa and Palladio’s Villa Malcontenta.

De Bretteville discusses the Willow Glen Houses, two connected steel-frame houses in Laurel Canyon. De Bretteville discusses a remodel of a World Savings bank in Reseda, California, originally designed by Victor Gruen Associates, the Sunset House, built on a spectacular site in the Hollywood Hills, and an unbuilt design for a radical remodel of an “oversized tract house.” 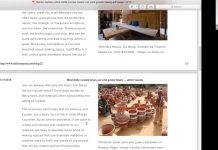 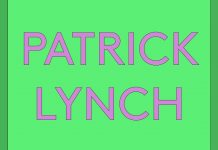 02/01/2020
We use cookies to ensure that we give you the best experience on our website. If you continue to use this site we will assume that you are happy with it.OkRead more