With over three million visitors a year, Mont-Royal Park in Montréal was designed by Frederic Law Olmstead starting in 1874. Despite the evolution of the park, the essentials of the original plan remain. In order to recognise its unique character, the Government of Quebec recently granted it the status of a natural and historical borough. Given this heritage designation, a dozen municipal and provincial organisations had to ratify this project, which included: A play ground conceived with a theme derived from Mount Royal itself, a picnic area in a grassy plain with approximately thirty tables, the redevelopment of roadways and paths which reiterate Olmsteadian framed viewpoints as well as a renewed management of the landscape based on its woodland characteristics. Cardinal Hardy was given the mandate to conceive the playground.

The theme is the Blue Spotted Salamander, an amphibian native to Mount Royal and the starring feature which organises the play structures and other park elements. Water features and other innovative play structures are integrated into the silhouette of the salamander as it rises from the earth ; this instigates a different kind of play, which encourages the children’s motor, cognitive and social development. Beyond simply contending with a heritage site, the project highlights the therapeutic influence of this large scale green space in the city

The design was based on two distinct projections of the space; a vertically nuanced integration into the surrounding environment, and a horizontal plain contrasting the natural surroundings with the silhouette of the salamander and its bright colours. The neutral and discrete colouring of the structures allows them to melt when superimposed on the Olmsteadian decor.

The built area was as limited as possible in order to keep the ecological footprint to a minimum and the use of natural materials on the ground let surface water percolate into the soil At the edge of the clearing, an ecological corridor linking two main nodes of a local ecological network was planted with indigenous species in an effort to regenerate the understory.

Against this unusual backdrop, the landscape architect designed a Children Rights promenade of didactic elements. Public interpretive panels allow people of all ages to discover the rights guaranteed to children by the International Convention of Children’s Rights.

Coordinated by the landscape architect, three posters, two brochures, a questionnaire and a power point presentation were developed for public meetings. Almost 200 people attended the information meetings and consultation activities. The participants endorsed the proposed design for this project.

Built over a period of 16 months, this project recognises the emblematic and symbolic value of ‘The Mountain’. Both a school group and elected official were part of the opening ceremonies of the project; an event which promoted both the profession of landscape architecture and the rights of children. 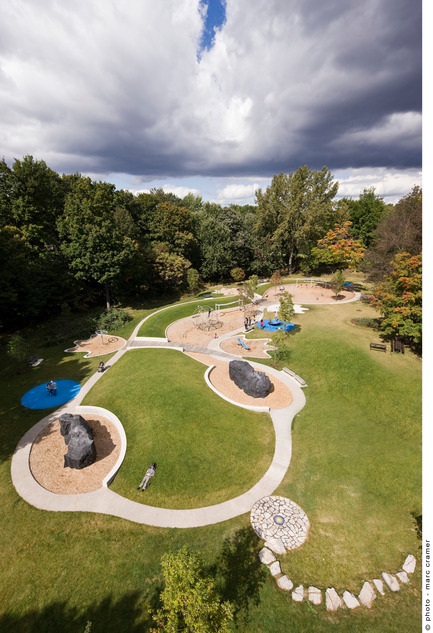 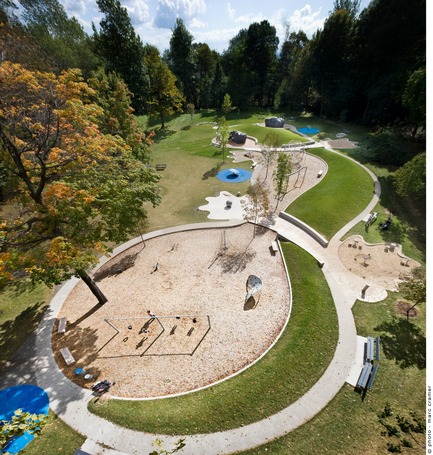 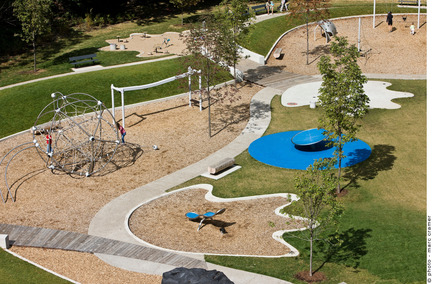 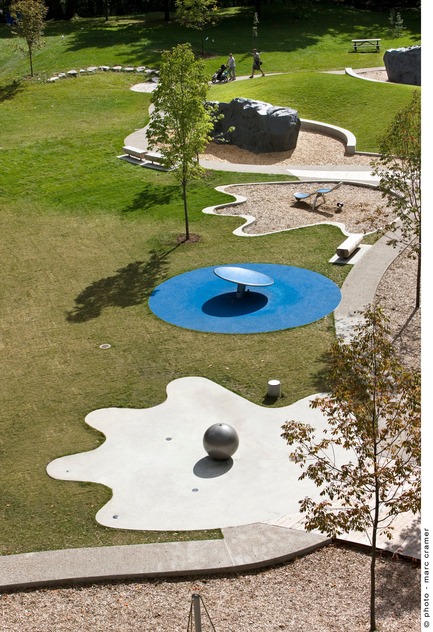 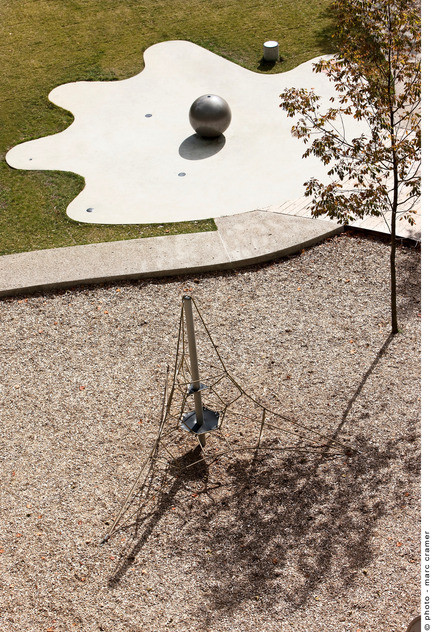 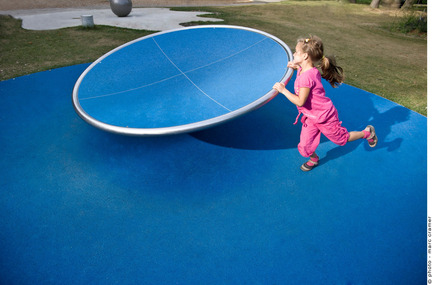 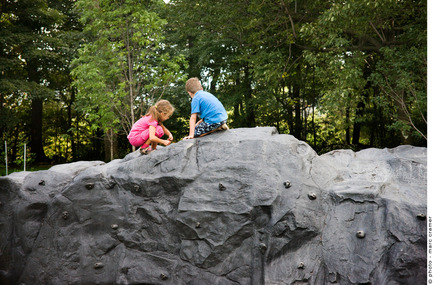 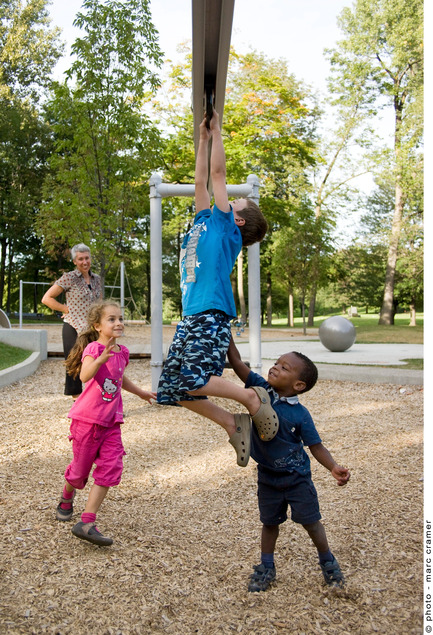 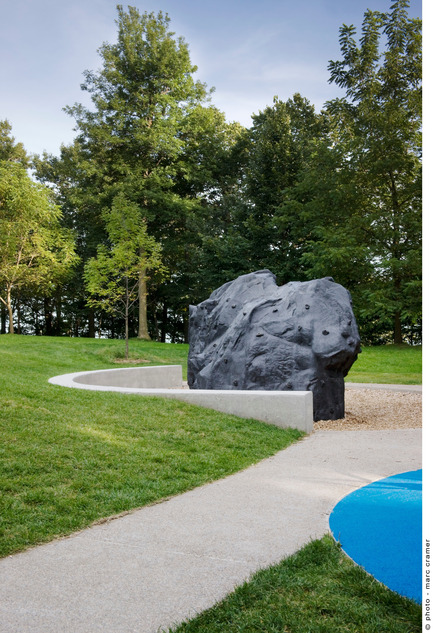 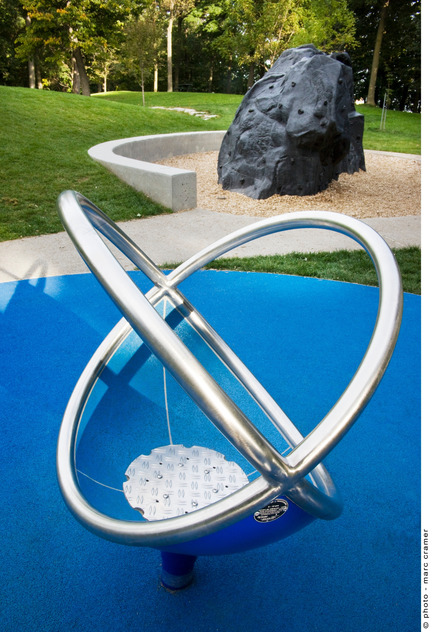 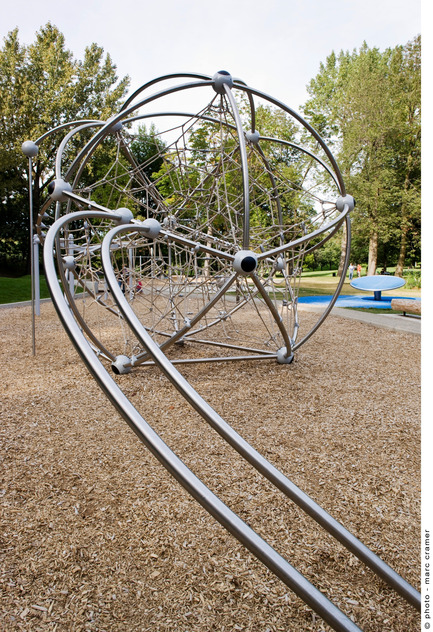 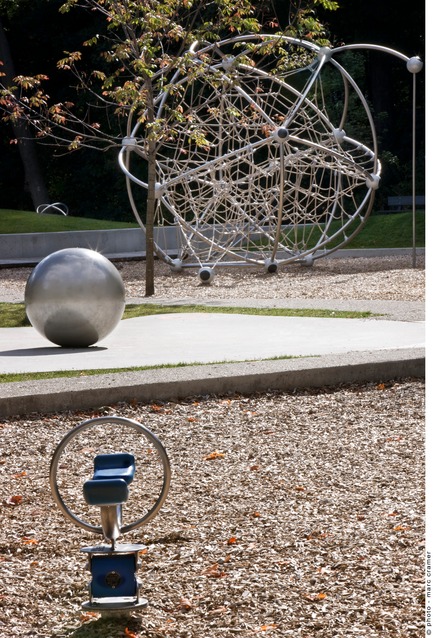 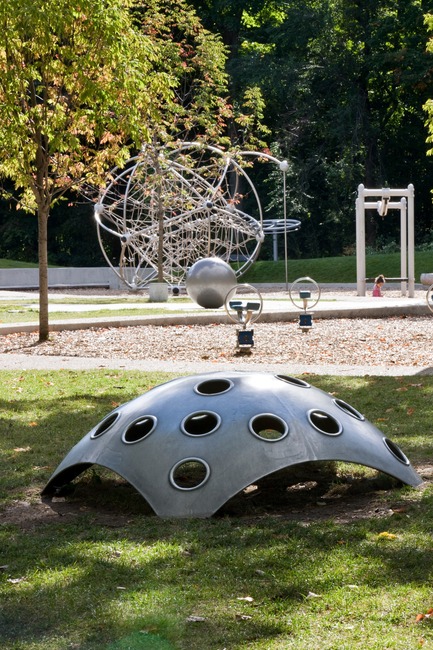 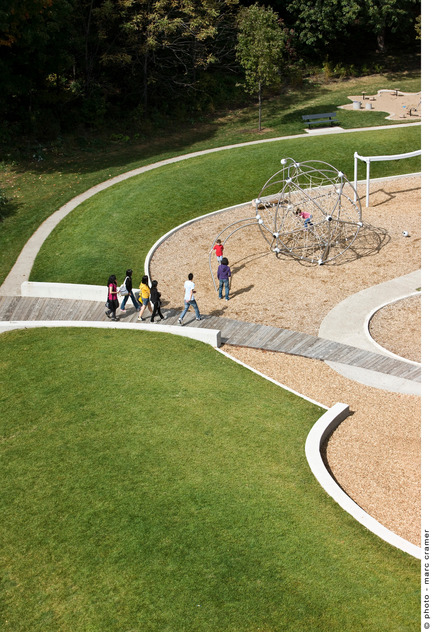 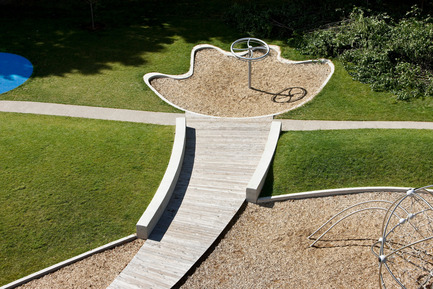 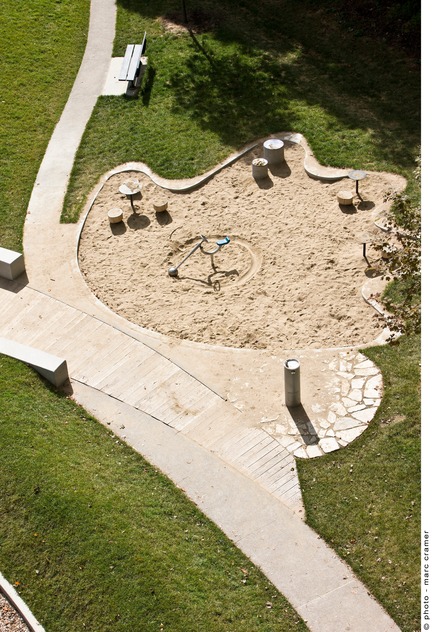