Mark Wigley begins by raising doubts about things that are treated as facts in discussions of the work of Gordon Matta-Clark, beginning with the word “anarchitecture” itself. Wigley argues that Matta-Clark might have let a discussion group about anarchitecture in the early 1970s (including Laurie Anderson, Tina Girouard, Susie Harris, Jene Highstein, Bernard Kirschenbaum, Alan Saret, Ree Morton, Richard Landry, Richard Nonas). But for a group exhibit titled “Anarchi-tecture” at the Greene Street artist-run space, the evidence is fragmentary and contradictory.
Wigley maintains that Matta-Clark’s work has been misunderstood, and his real accomplishment obscured. He takes for example “Splitting” (1974), and describes the first photographs of the project, and the different ways it was represented in different magazines. Wigley surveys Matta-Clark’s subsequent work, pointing out Matta-Clark’s highly contrived photo-collages, installations and publications. Wigley points out the different versions of similar images (black and white prints from color negatives, different croppings) further complicate the boundary between document and art work. Wigley suggests that Matta-Clark’s words should be taken not as explanations of the artwork, but the work itself. He concludes affirming the coherence and deliberateness of Matta-Clark’s work from beginning to the end of his career.
Wigley responds to comments from the audience on surrealism, collaboration, and refutes the idea of his death as tragic. 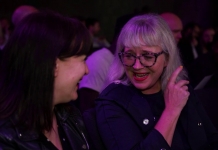 25/11/2019
We use cookies to ensure that we give you the best experience on our website. If you continue to use this site we will assume that you are happy with it.OkRead more