On Wednesday, October 12th, 2011 Studio-X NYC was delighted to host an evening with Ilona Gaynor, a designer and image maker who work consists of artificially constructed spaces, systems, and atmospheres navigated through fictional scenarios as a means with which to intensify and aestheticize the darker, invisible reaches of political, economic, and technological progress.

The evening began with an introduction to Ilona’s recent and current work, including Everything Ends in Chaos, an attempt to create an artificial Black Swan; a speculative Vegas casino heist; and conceptual furniture that lives as long as you do.

Ilona is a recent graduate of the Design Interactions MA course at the Royal College of Art, she also holds a first class BA in Moving Image Design from Ravensbourne College of Design and Communication in London. She has worked professionally for some of the worlds most prestigious design agencies including IDEO, Imagination and United Visual Artists. She is also the winner of The Ridley Scott Associates award, artist in residence for 2011/12. 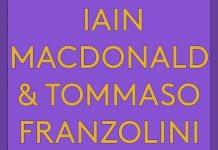 How do we grasp space and place? Juhani Pallasmaa