The John H. Daniels Faculty of Architecture, Landscape, and Design welcomed the Founding Director Emeritus of the Canadian Centre for Architecture Phyllis Lambert to present the annual George Baird Lecture on January 21, 2014.

Following Phyllis’ presentation, Associate Professor Brigitte Shim engaged her in a dialogue about her contributions to architecture over the years. Questions were then taken from Associate Professor Mary Lou Lobsinger, Landscape Architecture graduate student Emilia Hurd and Daniels alumnus and KPMB Partner Bruce Kuwabara. Former Dean of the Daniels Faculty and Professor Emeritus George Baird closed out the evening with a reflection on Phyllis’ accomplishments throughout her career.

Architect, photographer, lecturer, historian and critic of architecture and urbanism, Phyllis Lambert (CC, GOQ, CAL, FRAIC, FRSC, FRIBA (Hon.), FAIA (Hon.), LL D) is Founding Director Emeritus of the Canadian Centre for Architecture (CCA) in Montréal, an international research centre and museum founded in 1979 on the conviction that architecture is a public concern. Lambert first made architectural history as the Director of Planning of the Seagram Building in New York (1954-58). She is recognized internationally for her contribution in advancing contemporary architecture, for her concern for the social issues of urban conservation and for the role of architecture in the public realm.

Phyllis Lambert has pioneered publications on photography and architecture, architecture and landscape, and various periods in the history of the architecture of Montreal and the first half of the twentieth century in New York City. Lambert’s writings include major essays in: Court House: A Photographic Document; Photography and Architecture; Architecture and Its Image; Canadian Centre for Architecture: Buildings and Gardens; and En Chantier, the Collections of the CCA, 1989-1999. Lambert is editor and author of Opening the Gates of Eighteenth-Century Montréal; Fortifications and the Synagogue: The Fortress of Babylon and the Ben Ezra Synagogue, Cairo; Viewing Olmsted: Photographs by Robert Burley, Lee Friedlander, and Geoffrey James; and Mies in America. Building Seagram, a cultural history of architecture, art, urban regulations and real estate, as well as conservation and stewardship in New York City, 1950-2000, was published in 2013.

Lambert holds a B.A. (1948) from Vassar College, Poughkeepsie, New York, an M.S. (1963) in Architecture from the Illinois Institute of Technology, Chicago, and honorary degrees from twenty-seven universities in North America and in Europe. She is the recipient of numerous awards and distinctions for her contributions to scholarship and architecture, and for her tireless commitment to civic activism. Lambert holds the highest civil honours in Canada as Companion of the Order of Canada and Grand Officier de l’Ordre National du Québec.

For more information about the John H. Daniels Faculty of Architecture, Landscape, and Design, visit us at http://www.daniels.utoronto.ca. 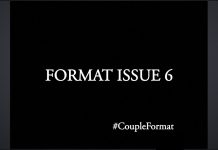 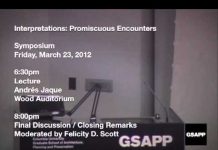 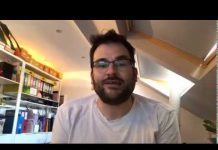 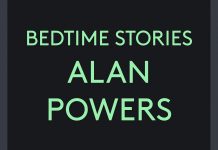 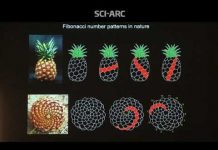 “Urbanism in the Age of Indeterminacy” with Tom Verebes

02/11/2018
We use cookies to ensure that we give you the best experience on our website. If you continue to use this site we will assume that you are happy with it.OkRead more