Link 01 – https://youtu.be/QTh9l7WLxl4
Link 02 – https://youtu.be/oUssv4vEU4w
Link 03 – https://youtu.be/WIcxPIv2lWE
Temple Architecture
Temple architecture of high standard developed in almost all regions during ancient India.
The distinct architectural style of temple construction in different parts was a result of geographical, climatic, ethnic, racial, historical and linguistic diversities.
In the initial stages of its evolution, the temples of North and South India were distinguished on the basis of some specific features like Shikhara and Gopurams which are gateways.
In the north Indian temples, the Shikhara remained the most prominent component while the gateway was generally unassuming.
The most prominent features of South Indian temples were enclosures around the temples and the Gopurams (huge gateways).
Design
The very essence of a Hindu temple is believed to have developed from the ideology that all things are one and everything is associated.
The four essential and significant principles which are also aims of human life according to Indian philosophy are the quests for artha – wealth and prosperity; Kama – pleasure; dharma – moral life and virtues; and moksha – self-knowledge and realization.
The mathematically structured spaces, intricate artworks, decorated and carved pillars and statues of Hindu deities illustrates and values such philosophies.
Layout
The basic elements that comprise a Hindu Temple are given below:

Garbhagriha: which Literally means womb-house. is a cave-like sanctum which houses the main icon of the temple. In earlier times, it was a small cubicle with one entrance. In later periods, it grew into a larger chamber.
Mandapa: is The entrance to the temple. It could be a portico or a colonnaded hall where worshippers stand.
Shikhara/Vimana: it is from the 5th century CE. It is a mountain-like structure on top. In north Indian Nagara style, it is called Shikhara and is curved in shape whereas In the south indian Dravida style, it is like a pyramidal tower which is called Vimana.
Amalaka: Stone-like disc seen at the top of the temple. Mostly in north Indian temples.
Kalasha: It is the topmost part of the temple. Mainly seen in north Indian styles.
Antarala: It is a vestibule between the Garbhagriha and the Mandapa.
Jagati: This is common in north Indian temples and is a raised platform where devotees can sit and pray.
Vahana: It is the vehicle of the main deity which along with the standard pillar or Dhvaj are placed axially

Different Styles
Nagara
The Nagara style that is observed in different parts of India with varied elaborations in different localities has two particular features.
a facet or vertical offset projection on the plan of the sanctum and shikhara above, or other structure. It is generally carried up from the bottom of the temple to the superstructure.
The Kandariya Mahadeva Temple in Khajuraho in Madhya Pradesh is a fine example of this style.
Dravidian
Dravidian temple architecture evolved in South India, predominantly comprises of temples built of sandstone, soapstone or granite and is characterized by its pyramidal tower.
Unlike the nagara temple, the dravida temple is enclosed within a compound wall.
The vimana is like a stepped pyramid that rise up geometrically rather than the curving shikhara of north India.
The Mandapas/Mandapams or porches are built in such a way that these precede and cover the door that leads to the cell.
The Gopurams/Gopuras or elaborate gateway-towers or gate-pyramids encloses the temples.
Badami-chalukya
The foundation of cave temple architecture on the banks of Malaprabha River originated in Karnataka during 500 and 757 CE.
In Aihole, known as the “Cradle of Indian architecture,” there are over 150 temples scattered around the village.
The Lad Khan Temple is the oldest. The Durga Temple is notable for its semi-circular apse, elevated plinth and the gallery that encircles the sanctum sanctorum.

Kalyani Chalukya
The Western Chalukya architecture or Kalyani Chalukya style of architecture is a specific style of decorative architecture that originated from the old dravida style and defines the Karnata dravida tradition.
Evolved during 11th century it prospered for around 150 years till 1200 CE during the reign of Western Chalukya Empire in the Tungabhadra region of Karnataka and saw construction of around 50 temples.
Kalinga :
The three styles are Pidha Deula, Rekha Deula and Khakhara Deula with the first two linked with Shiva, Surya and Vishnu and the latter is predominantly associated with Goddesses Durga and Chamunda.
Again the first (Pidha Deula) type comprises of outer halls for offerings and dancing while the latter two (Rekha and Khakhara Deula) comprise of the sanctum sanctorum. 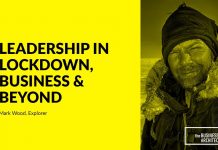 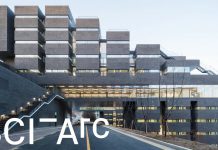 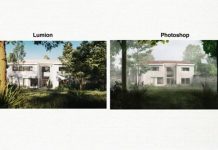 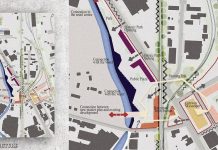