Hosted by the Aga Khan Program in Islamic Architecture (AKPIA)

Between the mid-19th century and the mid-20th century, embattled Islamic art in Syria has undergone a distinct shift abscribed to three main reasons: The change of political regimes, the European economic expansion in the region, and the emergence of the notion of making-heritage process – patrimonialisation. Muslims, non-Muslims, rulers, designers and administrators, were all interested in the renewed secular Islamic art and its agrandizing commemorative expressions. However, the dissimilarity of each groups sociopolitical ideologie contributed to disparate outcomes.

In the light of Oleg Grabar’s reflections on the definition of Islamic art as well as our investigations about the Syrian modernist debate and the built environment, this lecture deals with the change of the definition of Islamic art in Damascus during the Ottoman Reforms, the French Mandate and the postcolonial period. It emphasizes the predictability of this change, its initiators, its absolute and relative time, and its appropriation by the Syrian civil society on one side, the Ottoman, French and Syrian political regimes on the other. Three pertinent experiences will be employed in order to support the foregoing approaches: the reconstruction of Bāb Touma quarter after the events of 1860; the organization of al-Nasr Street since the early 20th century; and the reconstruction of Sidi-‘Amoud quarter after its bombarding and destruction in October 1925.

—
Anas Soufan, a Syrian artist and architect, founder of the Center of the History of Arab Modernity’s Studies in Paris, holds a bachelor and M.A from the Faculty of Architecture in the University of Damascus, a DEA in History from Université Paris I – Pantheon – Sorbonne, and a Ph.D in Art History from Ecole pratique des Hautes Etudes – Sorbonne. Since 2013, he has held a postdoctoral position at the University of Geneva. Anas scholarly interests include the history and historiography of architecture of Modernity in Syria during the 19th century until 1963, the Ottoman tanzimat, colonial and post-colonial criticism. In addition to several articles in Arabic, English, French, and Spanish, Anas first manuscript, a critic study related to the Ottoman and French administrative and legislative influences on the architectural mutations in Syria will be published in Paris in the end of 2015.

As a recipient of the AKPIA-MIT, Anas will draw on his expertise on the MENA architectural changes. Investigating the mutations of forms of appropriation of Islamic Art through the literature of Syrian reformists, politicians, religious and less famous intellectuals of the studied period. He focuses on one side, on the definition, predictability, time and span of Islamic Art renewal and on the other side, its place in the building of national artistic identity. 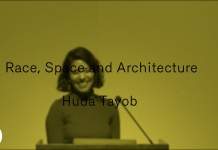 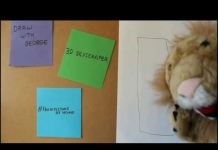 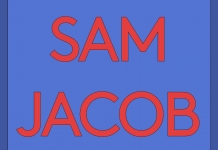 100 Day Studio: Sam Jacob – A Voyage Through My Desktop 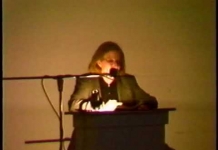 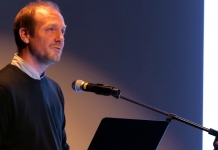