American instincts oscillate between the allure of the city and that of life free of city stress; between the temptations of the metropolis, and bucolic retreat from those very centers of civic life. Such oscillations, occurring across American history, have on the one hand enabled the building of Manhattan, the ‘Capital of Capitalism’ (and culture, too) and the invention of the ‘garden suburb’ where family grace was to dwell, prior to metastasizing into sprawl. Drawing on research from his 2019 book, City on a Hill, Krieger’s lecture will track American ideals and shortcomings in these efforts to re-invent settlement.

Alex Krieger, FAIA, MCU ’77, has combined a career of teaching and practice, dedicating himself in both to understanding how to improve the quality of place and life in our major urban areas.

Mr. Krieger is Research Professor in Practice of Urban Design at the Harvard University Graduate School of Design, where he has taught since 1977. He served as Chair of the Department of Urban Planning and Design (1998-2004, 2006-2007, 2019-2020), Director of the Urban Design Program (1990-2001), and as Associate Chair of the Department of Architecture (1984-1989). In addition to design studios and seminar courses at the GSD, he teaches a General Education course on the evolution of American cities at Harvard College. In 2017, he was named one of the Fifteen Professor of the Year by the Harvard Crimson.

Mr. Krieger is also a principal at NBBJ, a global design practice. He was founding principal of Chan Krieger Sieniewicz until their merger with NBBJ in 2009. Since 1984, he has provided architecture, urban design, and urban planning services to a broad array of clients in numerous cities worldwide, focusing primarily on educational, institutional, healthcare, and public projects in complex urban settings.

In addition to serving on university-wide committees to improve Harvard’s main campus and their expansion in Allston, Mr. Krieger has also served as: member of the United States Commission of Fine Arts (2012-present); member of the Riley Institute (2000-present); founder of the Big City Planning Directors Institute (1999-present); director of the Mayors’ Institute on City Design (1994-1999); member of the New England Holocaust Memorial Committee (1989-2000); and member of the Boston Civic Design Commission (1989-1997). He is also a board member for the Boston Public Library’s Norman B. Leventhal Map and Education Center and for Historic Boston.

Mr. Krieger received a Bachelor of Architecture from Cornell University and a Master of City Planning in Urban Design from the Harvard University Graduate School of Design.

Major publications include: City on a Hill: Urban Idealism in America from the Puritans to the Present (Harvard University Press, 2019); Urban Design (with William Saunders, University of Minnesota Press, 2009); Remaking the Urban Waterfront (with Bonnie Fisher et al., Urban Land Institute, 2004); Mapping Boston (with David Cobb and Amy Turner, MIT Press, 1999); Towns and Town-Making Principles (with Andrés Duany et al., Rizzoli, 1991); and A Design Primer for Cities and Towns (with Anne Mackin, Massachusetts Council on the Arts and Humanities, 1989). 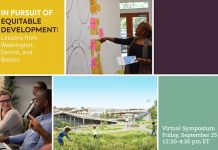 In Pursuit of Equitable Development: Lessons from Washington, Detroit, and Boston, Panel 4 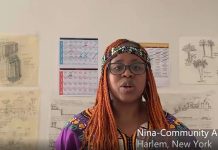 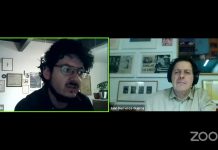 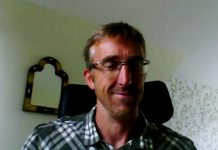